The most ancient parade of Spain, in Alcoy 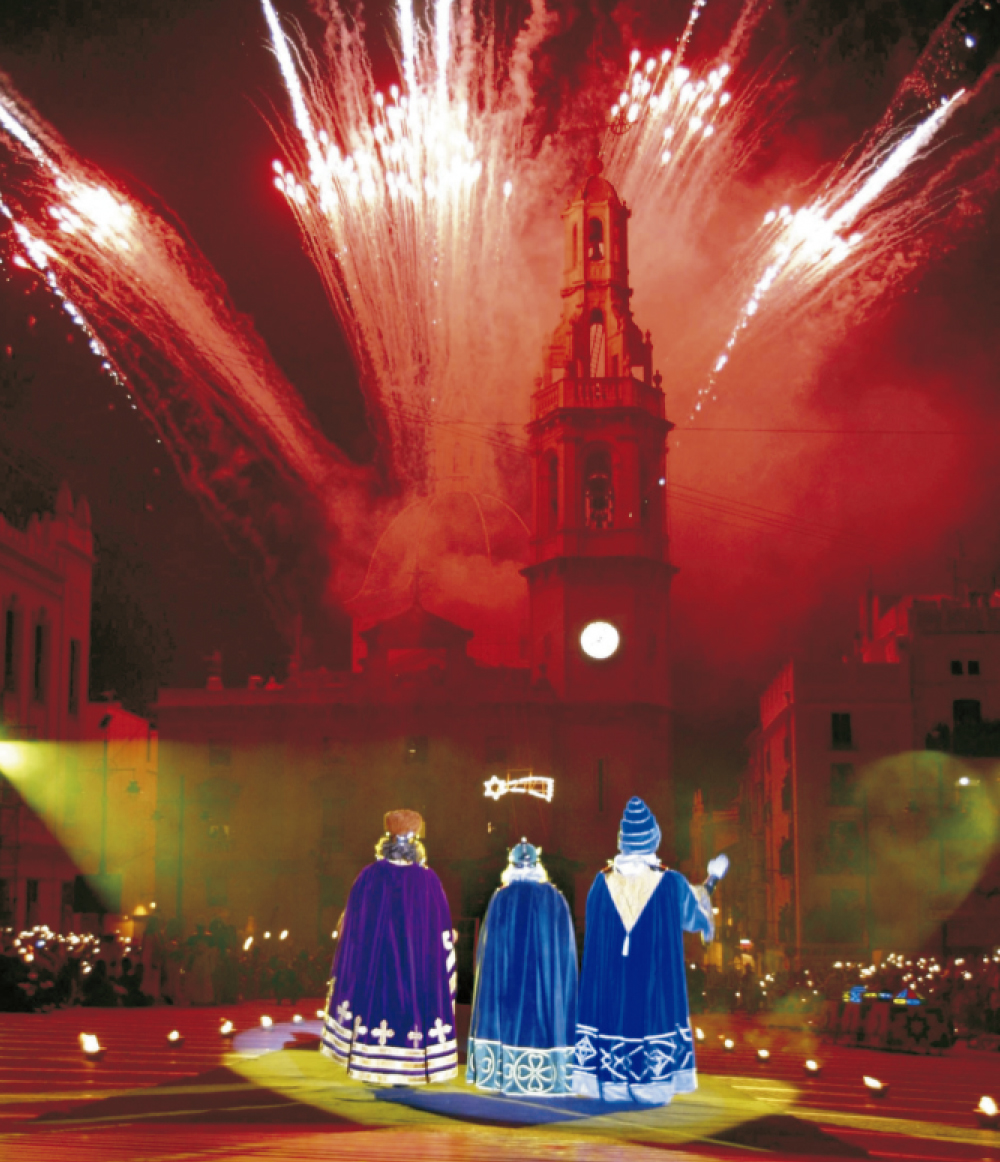 Alcoy celebrates year after year The Most Ancient Three Kings Parade of Spain, and maybe the world’s most ancient, since 1855. Its cultural value made it become National Celebration of Tourist Interest.

Every January 5th, their Majesties the Three Kings arrive atop of their camels, all the way from the Far East to Alcoy. Melchor, Baltasar and Gaspar (and not Melchor, Gaspar and Baltasar) arrive along with their page boys and shepherds. These page boys and shepherds were in charge of picking all the kids’ letters with their wishes for the Three Kings atop of their donkeys loaded with packages.

Over one thousand people participate in the parade. The page boys climb some houses with the help of a ladder and leave presents to the city kids, accompanied with music performed by the Alcoy Bands.

Upon arriving to the Plaza de España of Alcoy, the Three Kings approach the living nativity. It is the moment of adoration, and the Three Kings leave gold, incense and myrrh for the infant Jesus. At this very moment, huge fireworks are detonated. 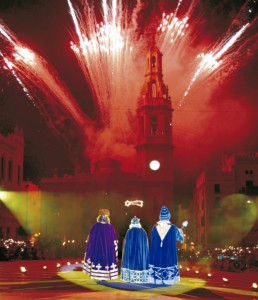 The peculiarities of the Alcoy Christmas do not end here. In this beautiful town of Alicante, its coming is announced with the Tirisiti Nativity, a marionette theater that mix the birth of Jesus, the arrival of the Three Kings and the celebration of Moors and Christians—undoubtedly a very special tradition for the good people of Alcoy.