The Antequera Dolmens: an archeological Paradise in Malaga

Very close from Malaga, we have a prehistoric corner: the archeological complex of the Antequera Dolmens (proposed to be become World Heritage). We did talk about this place in our post dedicated to the Antequera Karst of Landforms and wind’s fate which drew this karstic setting.

Today we want to take a thorough look at this megalithic wealth. Antequera holds one of the first architectural works ever erected by humans in the Bronze Age: The Menga’s Cave Dolmen, the Viera’s Dolmen and the Tholos of the Romeral.

To get there, you have to bear in mind that both the Menga’s Dolmen and the Viera’s are located in the same area (Malaga Avenue 1), and the Romeral’s Dolmen is in the south (at the Romeral Hill, former road CN-232 Cordoba bound).

It is located in a set of caves and it is a construction of six thousand years of existence approximately. This huge gallery-shaped sepulcher leads into the sepulchral chamber. This complex is estimated to weigh over 180 tons. Also, you can find in this cave area remains, as well as the Earth’s stratum studies. 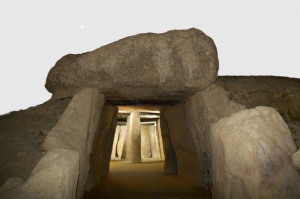 Just by the Menga’s Dolmen, we find the Viera’s, from the very same historic period, similar in shape but a little bit smaller in size.
Viera’s Dolmen, Antequera 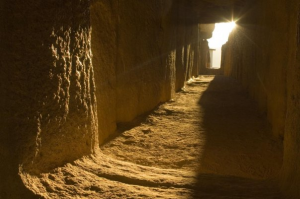 This dolmen is a little bit more recent. Its construction is estimated between the third and second millennium before the Christian era. The sepulchral chamber is a “tholos”, which is circular-shaped chamber. In addition, the walls are stones of smaller size.

Beyond this main chamber, there is another one hidden, smaller, that was allegedly used as an altar for offerings. 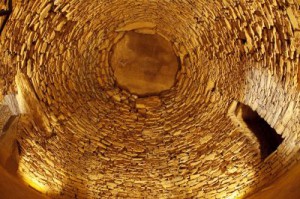 At this Archeological Complex of the Antequera’s Dolmen are held, year after year, the Celebrations of the Sun. They take place four times a year, specifically in the equinoxes of spring and fall, and the solstices of summer and winter.

What is this Celebrations of the Sun all about? This is due to the fact that these constructions were built following the astral cycles that regulated the crops, death rituals and all of the life aspects of ancient civilizations.

At these particular periods (solstices and equinoxes) take place awesome and magic light phenomena penetrating the megaliths, and special events are organized to be tricked by the star king and its power on earth.

As practical information, you can pay the dolmens a visit from Tuesday through Sunday and the entrance is totally for free.