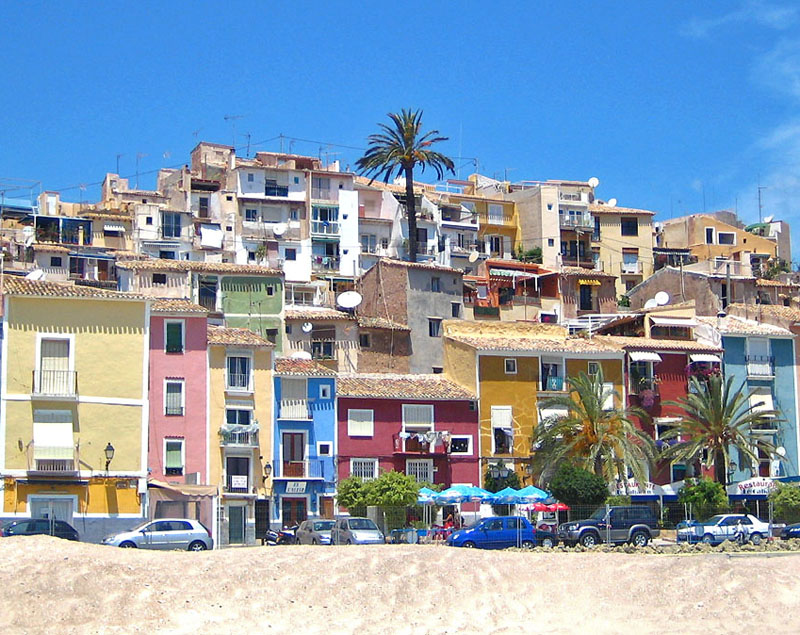 In the Marina Baixa of Alicante, there is a remarkably beautiful coastal place name Villajoyosa (Joyful Villa), which is also known as The Villa. It is protected by the northern winds by both the Aitana and Puig Camapana mountain chain. Villajoyosa is a magnificent coastal tourist destination.

The fortified old town of Villajoyosa is bathed by the Amadorio River and its views present a picturesque landscape of houses painted in bright colors. These houses’ facades were painted like this in order for seamen to easily recognize the coast as they approached it. 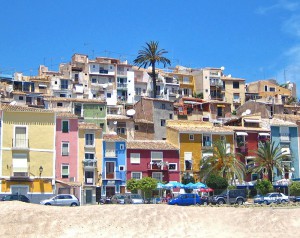 Three and a half kilometers of crystal-clear beaches and a port that holds a daily lively fish auction are interesting appeals that Villajoyosa offers the traveler. Furthermore, you can also enjoy the Parades of Moors and Christians in July, its Renaissance surveillance towers a top-notch gastronomy, with specialties such as oven-baked rice with beans, rice with spinach and anchovies, the “Borreta of Melva” or the “Escaldada” Pie. Last but not least, we would like to introduce you the icing on the cake: the Valor Chocolate Museum and Factory.

As a trip plan, let us suggest you to rent a vehicle at Alicante Airport with Record Go.

We wish you a pleasant visit to Villajoyosa!