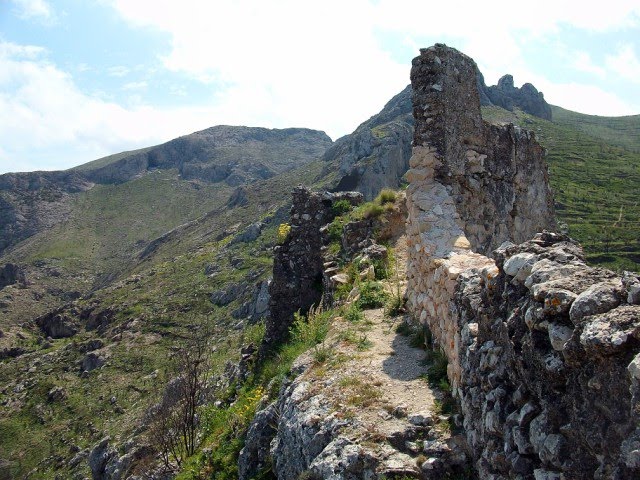 The Al-Andalus territories did reach Alicante, leaving Muslim castles such as Al-Qal’a, also known as Benissili Castle, which was built as a fortress as well as the Arab leader home. His name was Al-Azraq, which means the blue-eyed man-he lived and died in the castle. He passed away in mid 13th century. 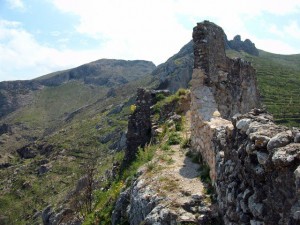 The Benissili Castle is 730 meters high and lies on top of the Penya Grossa, in the Vall de Gallinera, nothern Alicante. It is a narrow corridor in the Marina Alta interior and surrounded by mountains that preserve its natural charm without constructions.

A visit to the Benissili Castle remaining will uncover an irregular floor adapted to the rock’s profile in which is settled. A portion of its tower is preserved and some wall fragments. Some other built elements are distinguished, such as cisterns. 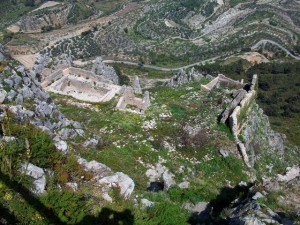 If you are into hiking, you will find near the Benissili Castle, the Serra Forada, which is an incredible rock hole where, twice a year, the sun rays fall through it and project themselves onto a Franciscan monastery remaining. 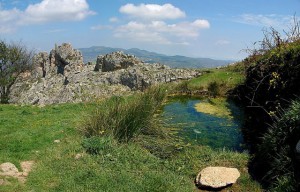 Fountain with the Benissili Castle in the background

Nowadays, the Benissili Castle is progressively reducing to ruins; notwithstanding, the abandoned places in inhabited valleys still are kind of charming.