Caliphate Route: from Granada to Cordoba. A walk through the Al-Andalus part II

This is a continuation of the Caliphate Route with the rental car, which began in yesterday’s post. It is a route included as Cultural European Itinerary that will take us from Granada to Cordoba in a journey that will deepen in the wealth and legacy of the Al-Andalus.

From Lucena we are headed to Aguilar de la Frontera.

This town is attached to the Cabra River, surrounded by grapevines and olive trees, and it preserves a great Andalucian flavor.

When you get to Aguilar de la Frontera, you do not want to miss the chance to visit the San Jose or Ochavada Plaza, an octagonal plaza which is the city center and a rare example of its kind, since there are just 3 others with these characteristics. Here is where you will find Town Hall, surrounded with 3-story houses with trabeated doorways.

In the Sierra Subbetica, Zuheros is another typical whitewashed village that still preserves the Castle and a great deal of popular fantasy, which is reflected in its Carnival and its Easter.

The views from the viewpoints offer a olive grove green extremely beautiful. 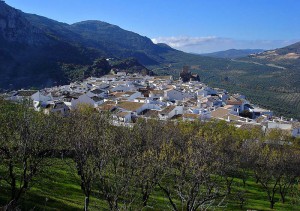 Also close to the Natural Park of the Sierras Subbeticas, we find Luque. This village has an Arab fortress (alcazaba) from the 11th century and walls through which shapes and colors are camouflaged with the landscape.

Still are preserved in the region megalithic monuments that prove their past. It is a picturesque village, of white landscape and narrow alleys, surrounded by a natural panoramic view of great value.

Baena is the typical place where you should approach if you are willing to get to know the Arab architecture settlement with sinuous streets. This village is well-known for its olives and the Certificate of Origin Olive Oil. This product is so important for the village that it even has a Museum of the Olive Grove and the Oil.

We arrived to Castro Del Rio going along the edge of a Roman road, surrounded by country houses and countryside, and we are headed to Espejo.

Espejo is a stepped village that goes up a mountain slope towards the Medieval Pay Arias Castle, surrounded by palm trees.

The Mosque of Cordoba was declared World Heritage Site and it stands out in the city enormously. This construction embodies the great work that we inherited from the Muslim civilization in this prosperous city.

We suggest you to also visit the ruins of the Ancient Medina Azahara (just 8 kilometers off Cordoba), in the Monte de la Desposada. Fortunately, visitors still can observe the city’s magnificence in a tour around the Muralla, the House of the Visires, the Aljama Mosque and the Gardens. 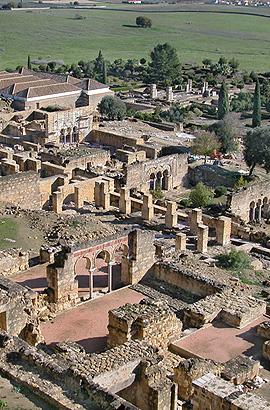