Can Prunera, the Modernist Museum of Soller, Majorca

An old modernist building in Soller, Majorca, named Can Prunera, serves as a house for a Modernist Museum in the heart of the Sierra de Tramuntana. 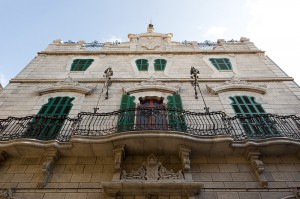 Among sinuous, natural and animalistic shapes, Can Prunera offers a tour around a modernist house from the early 20th century. It is a 3-story monumental noble house with a basement built in 1911 by Joan Magraner, a man from Soller with very profitable fruit businesses in France. The owner knew how to enrich the Catalonia-Majorcan modernist art of the time with French Art Nouveau trends.

Although it has not yet been confirmed, it seems like the senior architect was Joan Rubio i Bellver, disciple and assistant of Antoni Gaudí in Majorca. 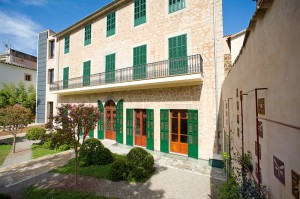 The building was declared Cultural Interest Site and acquired by railway firm from Soller.  The building was restored taking care of everything down to the last detail, and 2009 opened its doors as the Modernist Museum of Soller. It is a magnificent example of the economic splendor of the Soller Valley, which provided the construction of amazing building such as this. It stands out the polychrome textured wall paintings, glass cabinets and furniture of the period, along with elements as spectacular as the stairway and the facade. 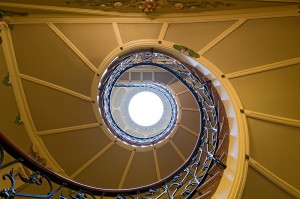 In addition, it includes a permanent collection of pictorial contemporary art by local, national and international artists who took part of the modernism. Visitors do not want to miss the seasonal exhibitions hall and the art-specialized library of great beauty and value. 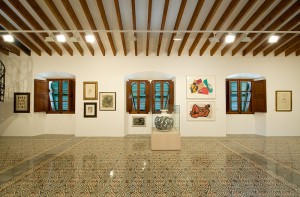 Modernist Museum of Soller, Can Prunera

Both cultural events and concerts are held in the interior gardens.

You may visit the Modernist Museum of Soller on C/Sa Lluna 90. Its doors are opened from March through October, always the same hours, 10:30am-6:30pm from Tuesday through Sunday.