Christmas in Majorca: 5 Majorcan traditions you must know 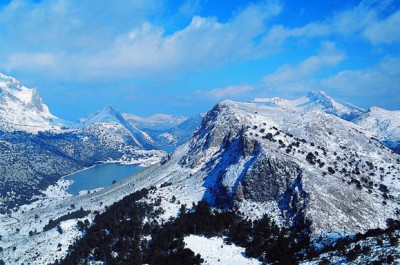 Majorca is a summertime destination mainly because of its beaches and sun, yet the main Balearic island offer a whole lot more.

Palma de Majorca is an ancient city with a great social activity and a good array of genuine rooted traditions; the rural landscape in the entire island is quite inviting, and the Sierra de Tramontana becomes the white snow background. All of this makes Majorca your perfect destination to spend your family Christmas vacation.

We are sure you do not want to miss a thing; that is why we have picked the 5 Majorcan traditions you must know because they are essential for your Christmas in the heat of the Mediterranean Sea 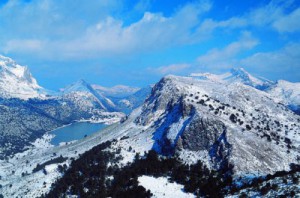 Sierra de Tramuntana with snow in the winter (photo: Wikipedia)

The main Christmas flea markets are set up at Plaza Mayor and Plaza de España. Visitors can enjoy a great display of craftsmanship and traditional homemade pastries with products made in convents and monasteries from Palma, Valldemossa and Manacor.

At the Ramblas of Palma, the Balearic Islands Association of Artistic and Craftsman is set up, with exhibitions for the public. At Plaça de la Cort visitors can see an interesting Swedish Christmas flea market.

The most famous nativity scenes of Palma are found at the Iglesia de la Sang, the Palau March, the chapel of the Sagrat Cor de la Basilica de Sant Francesc and the Monastery of Caputxines.

An extremely beautiful nativity scene is set up the The Craftsman Professions Nativity Scene.

On December 24th, Christmas Eve, it is common to attend the Midnight Mass. In Majorca this particular evening gains a very special tone, since it is performed the Song of the Sibil.la, which dates back from the 10th century and brought to the island by King James I. In order for you to have an idea of how unique and ancient this song is, we would say that it is only preserved in Alguer (at the Sardinia island) and in Majorca, although it is currently making its comeback in some other parts of Spain, Portugal and Italy.

The Song of the Sibil.la is nothing but a magic moment, yet apocalyptic, where the arrival of the Judgment Day is announced: a kid dressed in a medieval tunic and holding a sword while he signs a middle age song at the Palma de Majorca Cathedral, as well as in every other church on the island. The song goes like this: “the Judgment Day has arrived, for that Jesus Christ has made a sacrifice, from heaven he will come to judge and he will give everybody what they deserve”.

After the mass, people usually have a cup of hot chocolate and “ensaimada” (spiral-shaped pastry) or sponge cake.

The last day of the year the activity in Majorca does not stop. The sport enthusiasts can say good-bye to the year participating in a popular race; before having the special dinner and the grapes at every location’s plaza. In Palma, the year’s farewell takes place at Plaza de la Cort or the City Hall.

In Palma de Majorca, on December 31st, it is celebrated the entrance of King James I in the city, which was conquered in 1229: the Flag Celebration. The day has several events starting from the early hours.

January 5th, in less than 24 hours the Eastern Three Kings will arrive, and in Palma takes place one of the most magical Three Kings Parade of Spain, a 200-year-old parade where the Three Kings bring lots of presents for the little ones on the island. 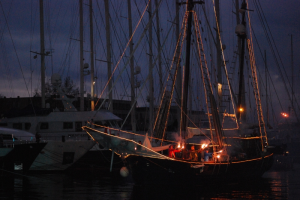