Discovering Lanzarote with a rental car 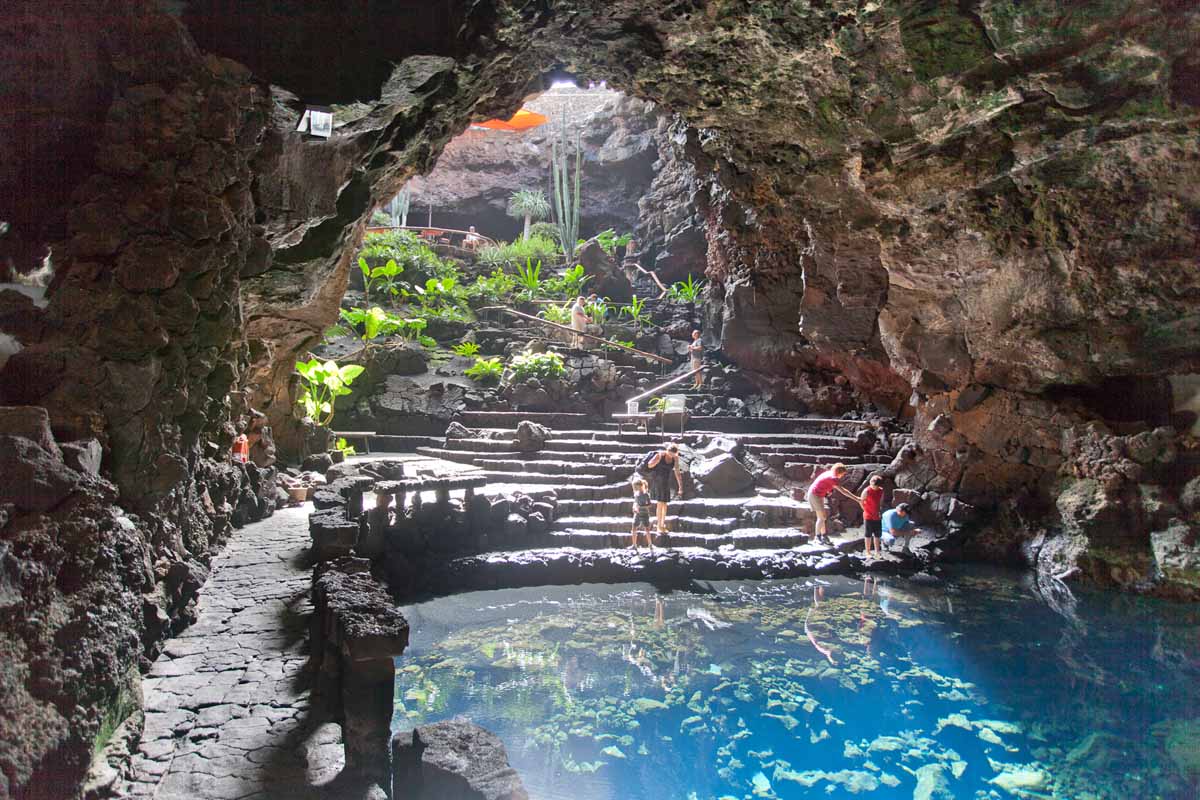 The summer is around the corner and we start thinking about some beach destinations. Today, we are suggesting you a road trip to discover the island of Lanzarote in one or two days, it depends on how easy you want to take it.

We leave out of the trip the National Park of Timanfaya. This volcanic habitat is the most interesting spot to visit in Lanzarote, from the tourist standpoint, but is it highly advisable to visit it separately and spend all the time it deserves.

Located in a extraction quarry of volcanic sand, we find this interesting collection of cactus with more than 10.000 specimens of more than 1.400 different species mainly from America, Madagascar, Canary Islands, Morocco and Ethiopia.

Located in the interior of a volcanic tunnel made by the eruption of the Volcano de la Corona, this cave complex and its interior lake (made by filtration because it is found below the sea level) is the starting point that led the local artist Cesar Manrique to create the Center of Arts, Culture and Tourism. His work is based on the harmony between nature and artistic creation.

Its spectacular natural lake is home to a dozen of species, including some funny blind crabs, albino and as little as one centimeter of length. These animals become the symbol of the Jameos del Agua. 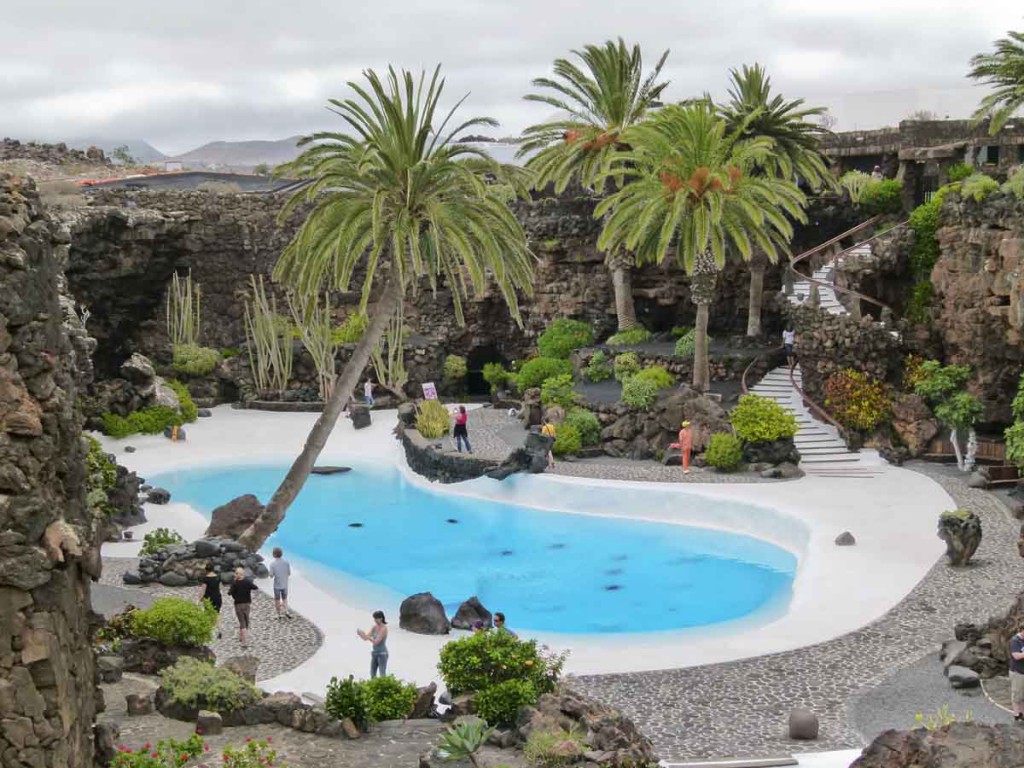 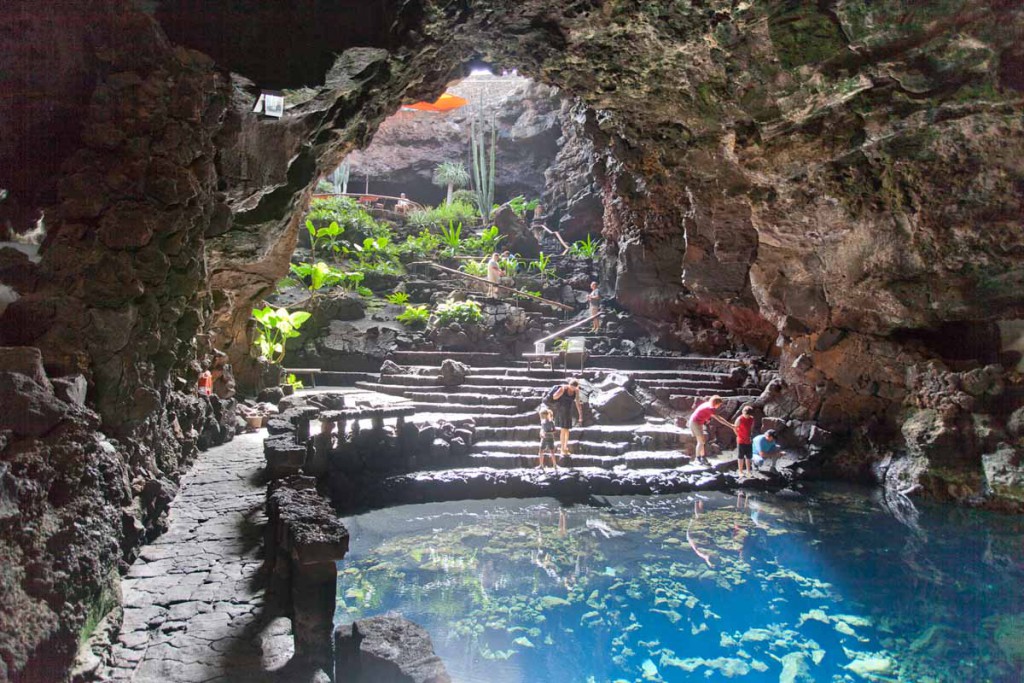 The Cueva de los Verdes is found just a short distance away from the Jameos del Agua, since it actually located in the same volcanic tube of the Jameos del Agua. This is nothing to a trip to the guts of the island that, apart from being an spectacular geological accident, served as a refuge to the local population during the 16th and 17th centuries against the continuous pirate invasions. 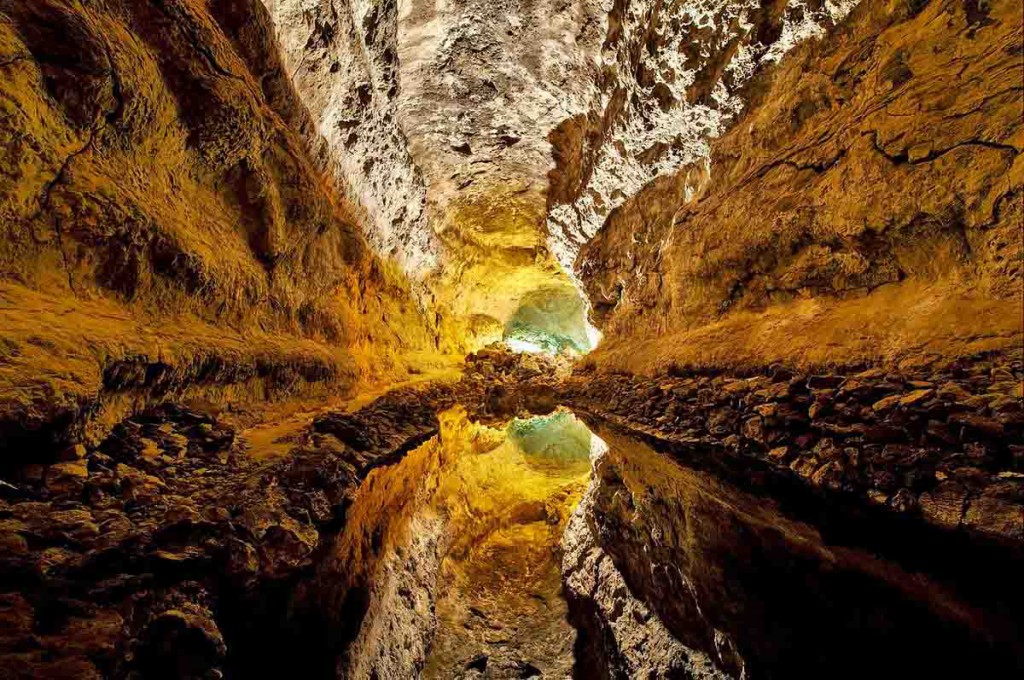 Again, a Cesar Manrique work, this viewpoint is 474 meters high and provides the visitor with some outstanding panoramic view of Lanzarote, Risco de Famara (the viewpoint is locate atop its peak) and the archipelago Chirijo composed by the islets of La Graciosa, Montaña Clara and Alegranza. 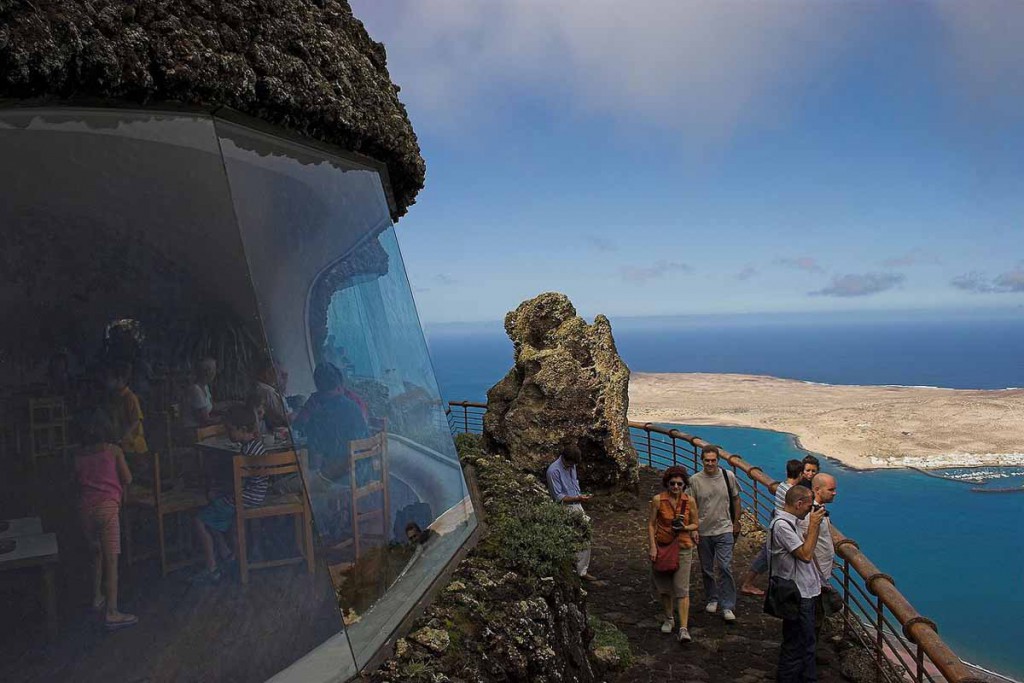 Located in the Guanapay volcano, conceived initially in the 15th century as a watchtower. During the 16th century it was remodeled as the castle it currently is so that it can be used as a defense in the event of enemy attack. It currently is home to the Museo de la Piratería (Museum of Piracy)–a center of interpretation of conquest. 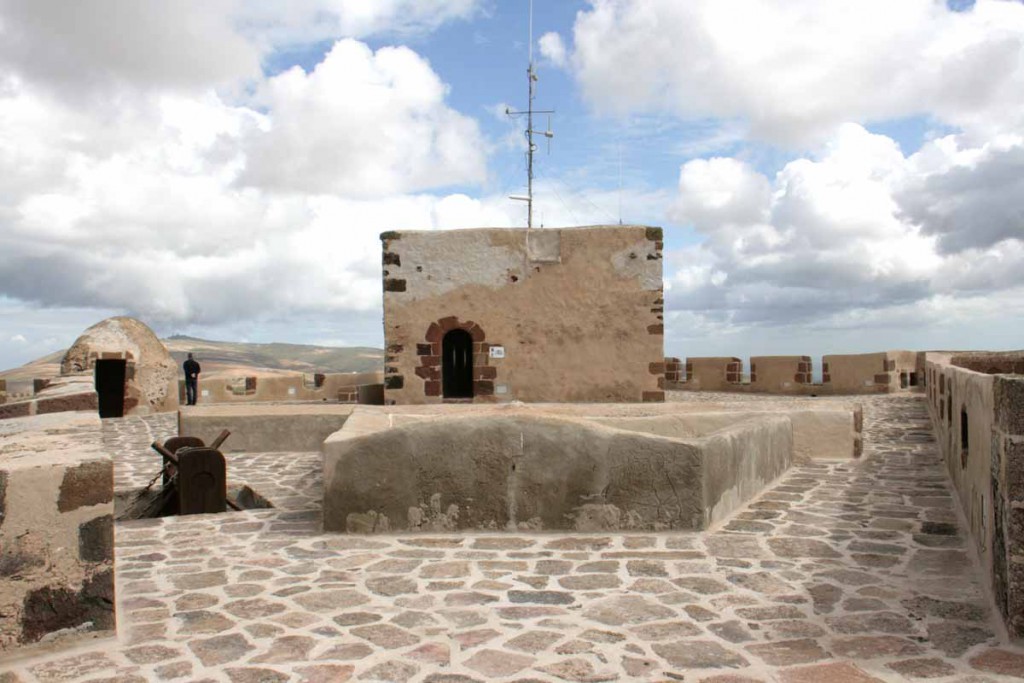 The Geria is a unique volcanic landscape used as a grapevine plantation, inside of cones protected by small stone walls. 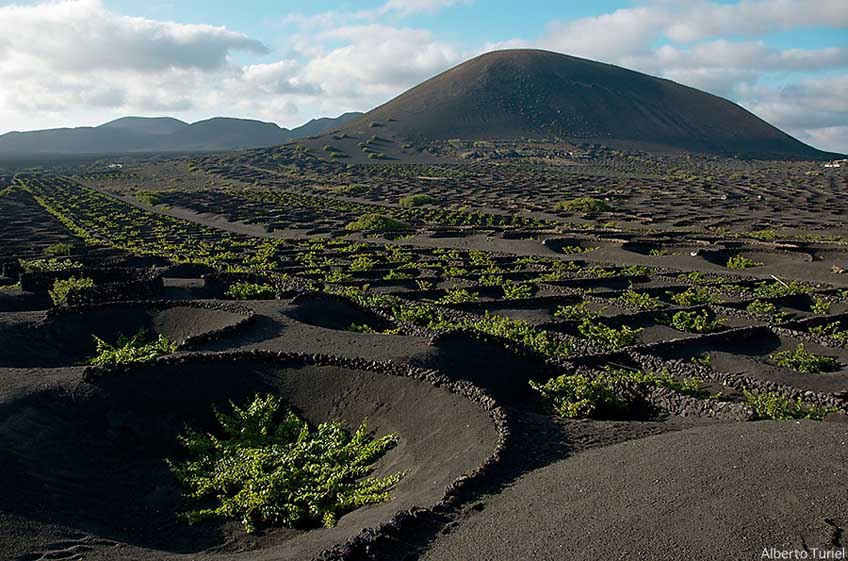 Amazing landscape of Lanzarote formed from volcanic eruptions. As a matter of fact, in El Golfo was part of a crater flooded by the sea that led to a unique black-sand beach with a green lake in its interior (this color comes from the seaweed that live in the surface). Warning: it is likely that this greenish tone will discourage your bathing plans. However, for the most adventurous, we should inform you that bathing is prohibited because it was declared Nature Reserve. 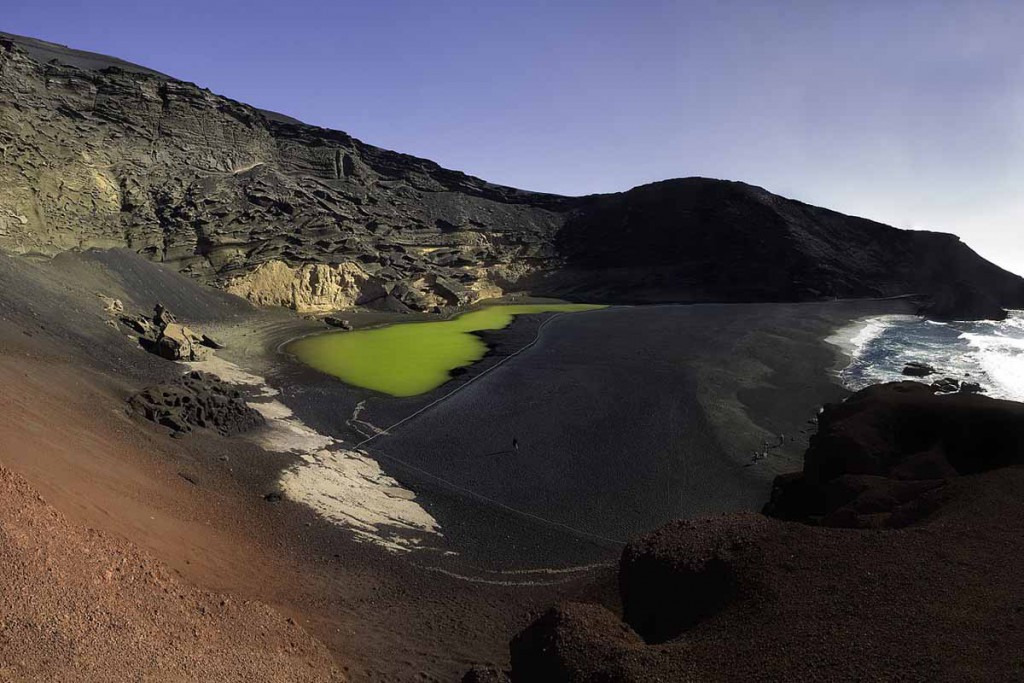 This is a group of cliffs of great beauty, where the action of sea water has shaped its volcanic geography leading to an extremely eroded terrain, caves, underwater caverns–where the sea is currently still hitting with violence. 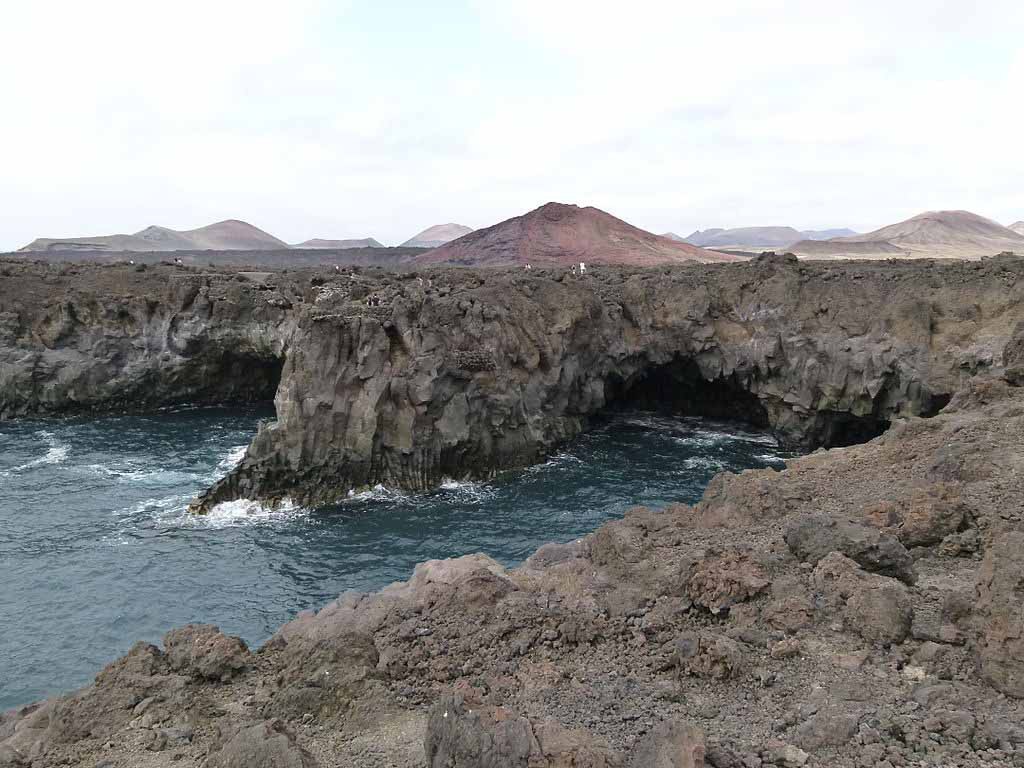 This is not by any means a place with an amazing beauty, yet it has certain value due to the complexity and originality of its salt architecture. These are the vastest salt flats of Lanzarote and still active to this day thanks to the support of the EU, which declared the Salinas de Janubio a protected natural space.

We finish our journey with a bath at the Papagayo Beach, which is, hands down, the most popular beach in the island. It is located close to the Playa Blanca urban center–almost two kilometers of beaches with different golden-sand coves and crystal-clear water. 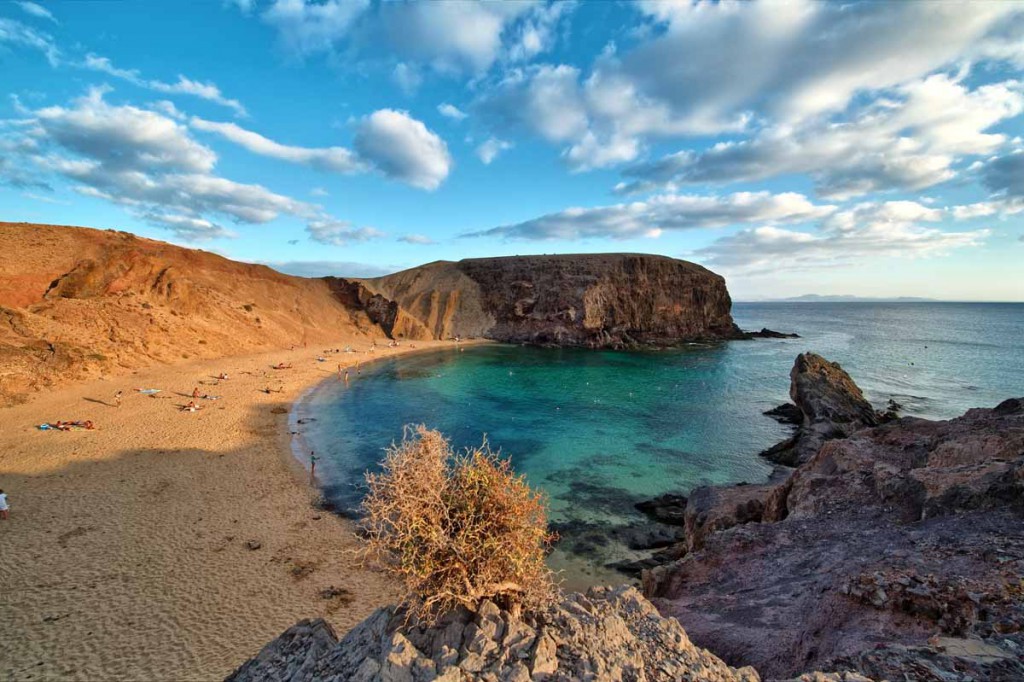 It’s time to wrap it up. A pretty eventful day–you cannot complain! Do not forget about what we said earlier; be sure to also visit the Natural Park of Timanfaya. We are looking forward to hearing from you when you get to visit the island.