At Record Go, we have decided to become your personal Feria de Malaga advisors and, in order to do that, we selected a cast of expert co-workers and this is what they have to say:

I would like to school you all about this patron saint festivities of this, our country.

On this post, we are going to talk about the Feria de Malaga, also known as the Feria de Agosto (August Fair), and I am going to so with the upmost affection, since this is the land of my whole family. Regarding the Feria de Malaga dates in 2017, they will be held from August 12th through August 19th. 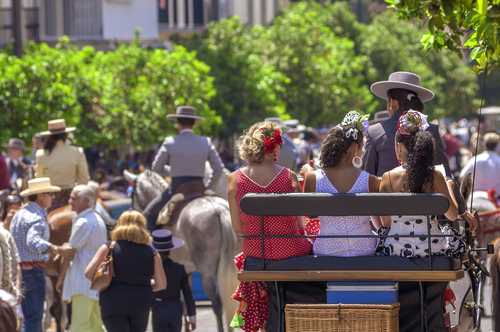 First and foremost, you might be wondering what is exactly being commemorated or who are we worshiping during these festivities. Well, we do celebrate the city’s takeover by the Catholic Kings from the Muslims back in the 15th century. From that point on, it became part of the Crown of Castile.

Let us talk about what really matters, after going through some cultural facts. What can yo do at the Feria de Malaga? 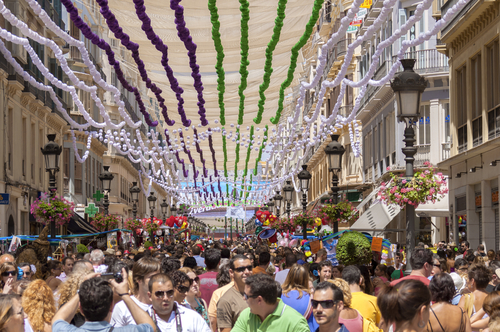 It takes place at the city center, being the neuralgic point the beautiful Marques de Larios Avenue, with its traditional awnings that protect the people from the blazing sun that hits Malaga during this time period. The avenue during the festivities is all decked out for the occasion and looks just gorgeous.

At one side of the avenue we find the Paseo de la Alameda, where you can see, at mid morning hours, parades of amazing horse-drawn carriages and the traditional costumes worn by both men and women; I would say the women’s costumes are far more spectacular.

Once you complete the Marques de Larios Avenue–a pedestrian street, by the way–you will reach the Plaza de la Constitucion, surrounded by stands where you can quench your thirst conveniently in order to survive the heat. Once you are there, you will meet for the first time your travel companion for the rest of the Feria: The Cartojal! This is indeed an omnipresent pink-labeled with polka dots bottle. The Cartojal is a fresh sweet wine that will feel like water and, when you realize it, you will be totally absorbed by the festive atmosphere of Malaga. This is, by far, the true Feria de Malaga wine.

From this particular moment on, you just need to get lost in the alleys and the numerous bars in the city center (air-conditioned)  and, of course, interacting with its nice people 😉

From this particular moment on, you just need to get lost in the alleys and the numerous bars in the city center (air-conditioned)  and, of course, interacting with its nice people El Pimpi or the Cerveceria Los Gatos–you will love the typical fried fish of the area. If you do not to make a booking in one of those taverns, you can always search for other alternatives in our post 6 terraces in Malaga to welcome the springtime. I know it is the summertime but it will do 🙂 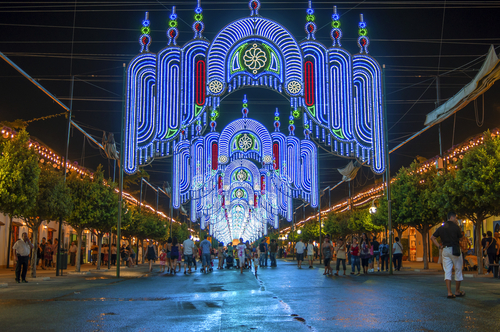 If the force is still with you when the sun sets, the party moves to the fairground, with its impressive entrance gate illuminated with thousands of light bulbs that are lit the very first night of the feria during the “Alumbrao”. The fairground of Malaga is a huge esplanades located on the outskirts of the city, with great public transportation communication that works 24 hours a day during the festivities. For further information about the timetables for the buses during the festivities, please, click here.

At the fairground of Malaga you can also find an amusement park with hundreds of stands, both public and private. The main difference with the Feria de Abril of Seville is that the one in Malaga are mostly public.

So…what is next? Let us just dance and sing all night long, but take into account that your friend Cartojal will always be there with you!

In the event you have not seen it yet, here you have the 2017 Feria de Malaga poster: 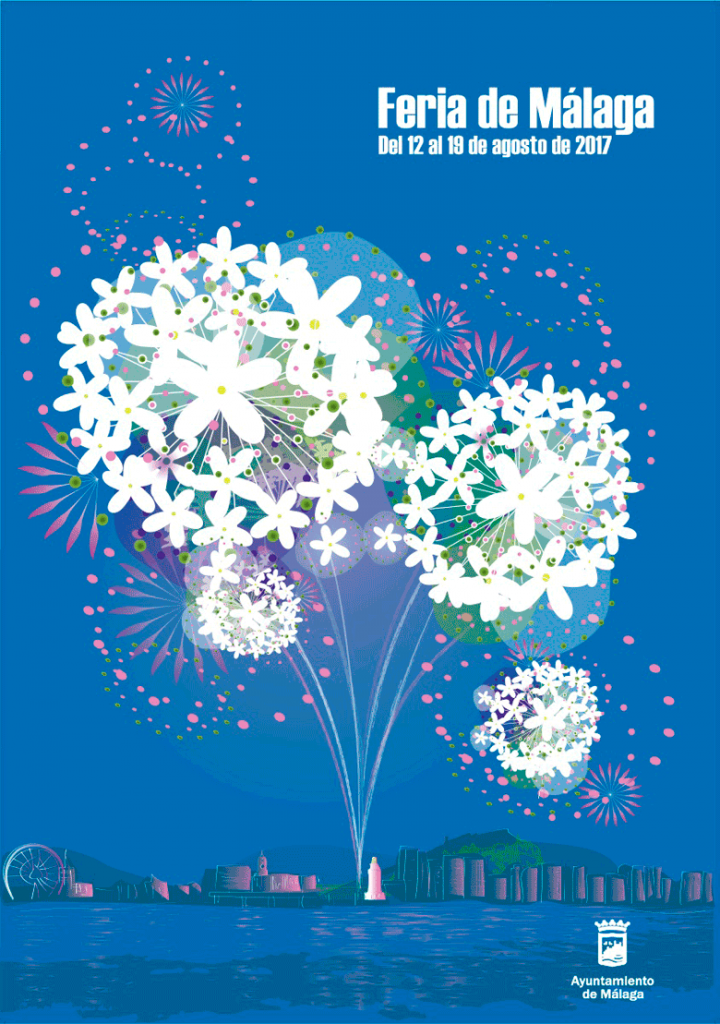 You may also check the Feria de Malaga program here.