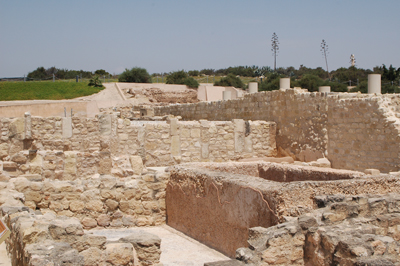 Lucentum, the ancient Roman settlement known today as Alicante, was settled in the so-called Tossal of Manisses atop of an Iberian settlement, which is 38 meters high and by the sea. 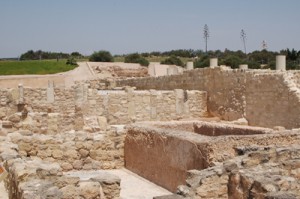 In order to visit this important archeological site, whose origin dates back to the 4th century B.C., we have to head to the La Albufereta neighborhood. It preserves the entire urban surface and its 600-meter perimeter wall.

It was during the mandate of the emperor Augusto, in the 1st century B.C., when the city became the status of municipium and obtains its name from Lucentum. The city was autonomously governed with Roman institutions. A forum, two public thermal baths, a new access gate to the city, a sewage system and a temple were built, and its expansion extended well beyond its walls.

The splendor experienced by the city for two centuries started to fall apart in the 3rd century B.C. At this time period, the neighboring city of Illici (Elche) enjoyed a more prosperous situation due to the fact that was better connected by land and sea than Lucentum–needless to say that this situation took away significant commercial value, as well as strategic importance to the city. Eventually, it all ended up with the abandonment of the city, which became a quarry for surrounding constructions, and it was occupied as Islamic funerary site in the 10th century.