The Museum of Excitement: The Valencian Toy Museum in Ibi

Alicante has delivered excitement and toys to Spanish kids since the 20th century. The reason why? This has been historically the Spanish Toy Center

A town named Ibi has been the center of a very important toy industry, as well as an economic driving force for the area. As homage to workers and entrepreneurs of this industry, it was opened in 1990 the Valencian Toy Museum. 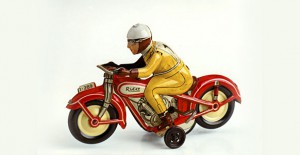 For twenty years it was located in the so-called “Great House“, yet since a few weeks ago, it has been moved to the old Factory Payá.

We suggest you to walk around the Train Room, the Natural World, the Aviation and Boats room and the Film Room, among others. You definitely do not want to miss the interesting exhibition held at this outstanding museum. It will pretty much be like going back in time to your childhood–a museum that will make your excitement revive.