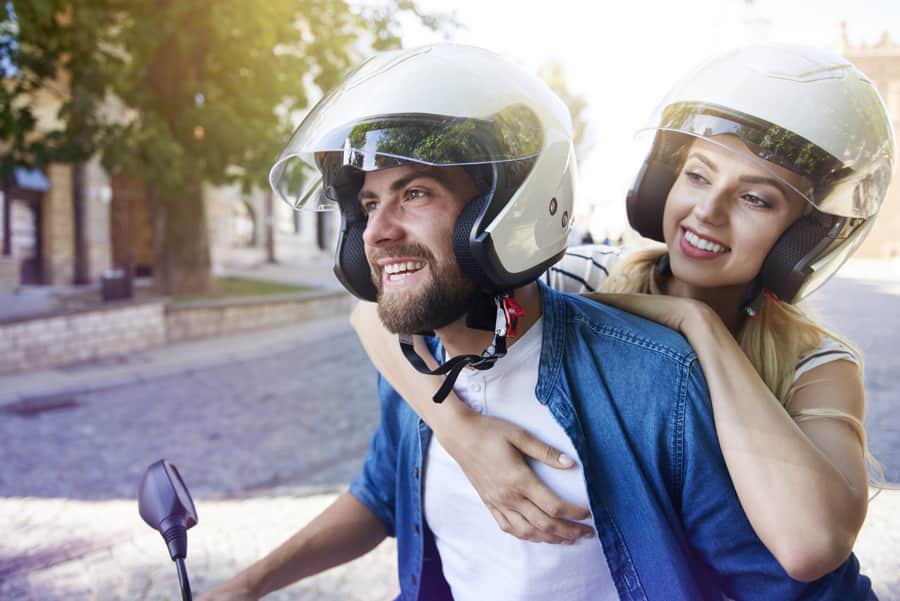 After 20 years of experience with four-wheeled vehicles, Record go is adding motorbikes to its fleet, thus offering an even wider range of vehicles and adding value to the service provided so far.

The car rental company is evolving and, in addition to its car rental, users can now rent two-wheeled vehicles with two new options that the company is using for the first time in the world of motorbikes. The selected models are the Vespa Primavera and the Piaggio Liberty, both are 125cc.

The rent-a-car is expanding to two-wheeled transport in Seville, Malaga, Ibiza and Barcelona.

The motorbike rental service is already available at the Seville Santa Justa and Barcelona Sants offices, and as of 8th April, in Ibiza too. Four locations where the company is taking a step further in offering transport solutions.

The destinations chosen to launch this service are focused on urban transport in city centres and mainly tourist destinations. This is the case with Ibiza, where motorbikes are a fast mode of transport to reach every corner of the island comfortably and with little restriction.

This change is coupled with the opening of several new offices in cities such as Malaga and Valencia, enabling the company to continue its expansion plan and position itself as a front runner in the car rental sector.

Record go not only diversifies business by offering new services and products, but also strengthens its position in both urban and holiday centres in Spain and Portugal’s major cities, reaffirming itself as a comfortable, flexible and safe transportation alternative.