The 12 must do’s in Alicante 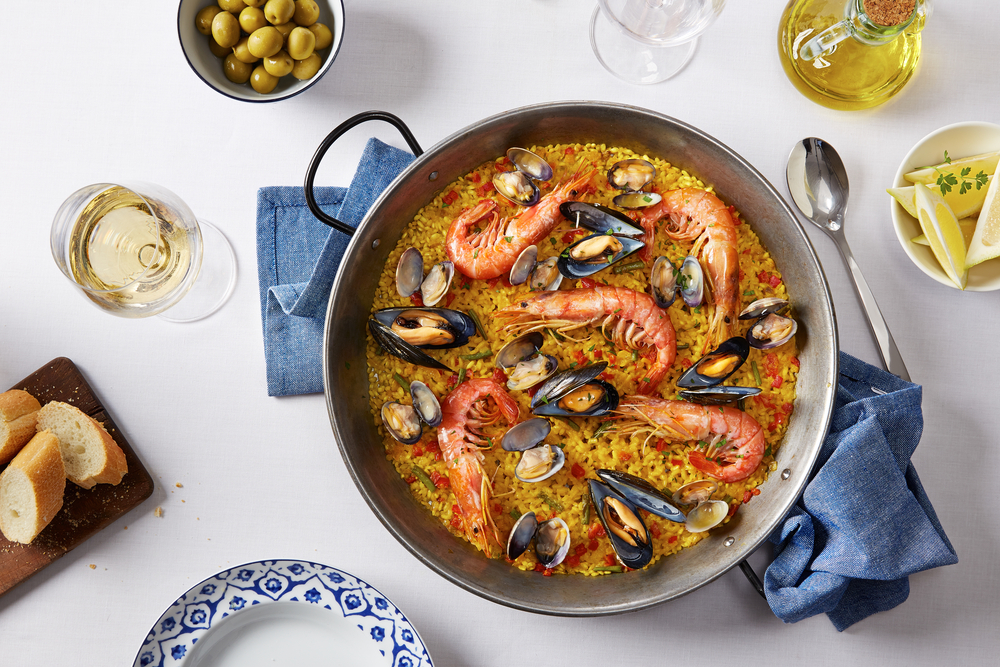 Located on the Costa Blanca, Alicante is one of the most important destinations of the Spanish coasts. The reasons why you should choose Alicante are pretty obvious: it has an international airport, low cost flights, a desirable climate for the most part of the year, a rich history and culture offer, port, amazing night-life, incredible beaches, an interesting recreational offer and a delicious gastronomy.

We have summed up for you a selection of the 12 must do’s in the city of Alicante.

It is a medieval castle located atop the Benacantil hill. It is 166-meters high and the views that offer are just jaw-dropping. At this settlement, there were found remains from the Bronze Era, Iberian and Roman.

2. Walk around the street in the historic part and the Town Hall

This is a cosmopolitan city, yet the historic part of Alicante keeps a few surprises for those of you who visit it. We would like to suggest you to have a soft drinkin one of the terraces of its unexplored plazas and corners: it makes this place look like time has stopped.

One of the most important buildings of this area is the city’s Town Hall. Alicante received the title of city in 1490 from Ferdinand II of Aragon, yet the original Town Hall was destroyed in 1691, along with a big portion of the historic part. The city’s town hall building we can see in the present day dates back from the early stages of the 18th century. We strongly suggest you to pay a visit to the Salon Azul (Blue Room), decorated as if it was a palace.

On the hillside of the Santa Barbara Castle and behind the city’s Town Hall, we find one of the most amazing parts of the city: the Santa Cruz neighborhood or just “The neighborhood”. It definitely is one of those typical neighborhoods with narrow streets, slope paving and whitewashed house with colorful flowers in the facades–this whole description would make anyone think that they are in southern Spain without a doubt.

If we head to one of the view points of the neighborhood we will get a very beautiful panoramic view of the city you will not easily forget. 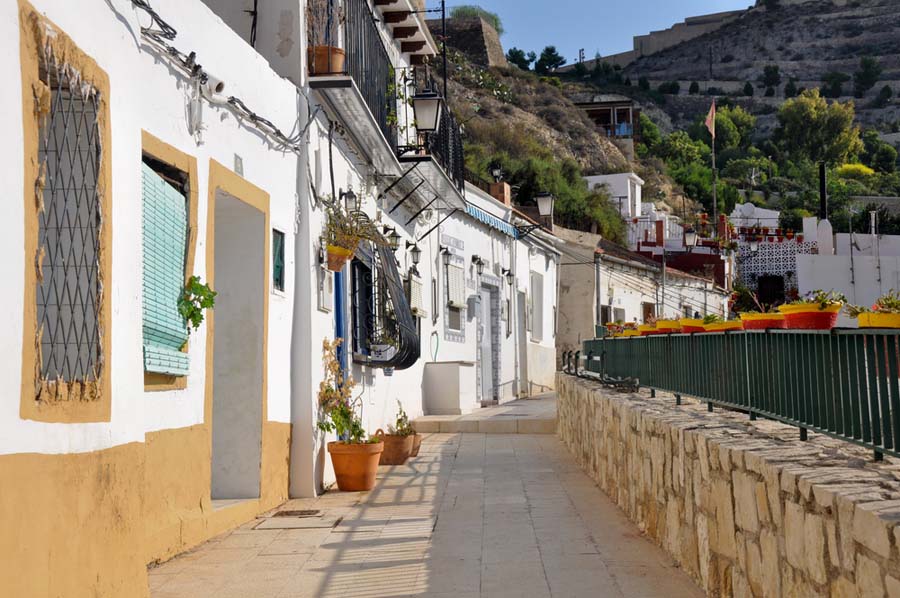 If we go down the Postiguet Beach and from there we direct our gaze to the Santa Barbara Castle, we will see one of the city’s landmarks in Alicante “la Cara del Moro”, which is nothing but a face profile on the rock after centuries of wind erosion and that does resemble a person’s face. The Port of Alicante offers a beautiful walk with multiple sport activities, also the shopping mall called Panorama, with a recreational area with bars, restaurants, stores and even hotels. 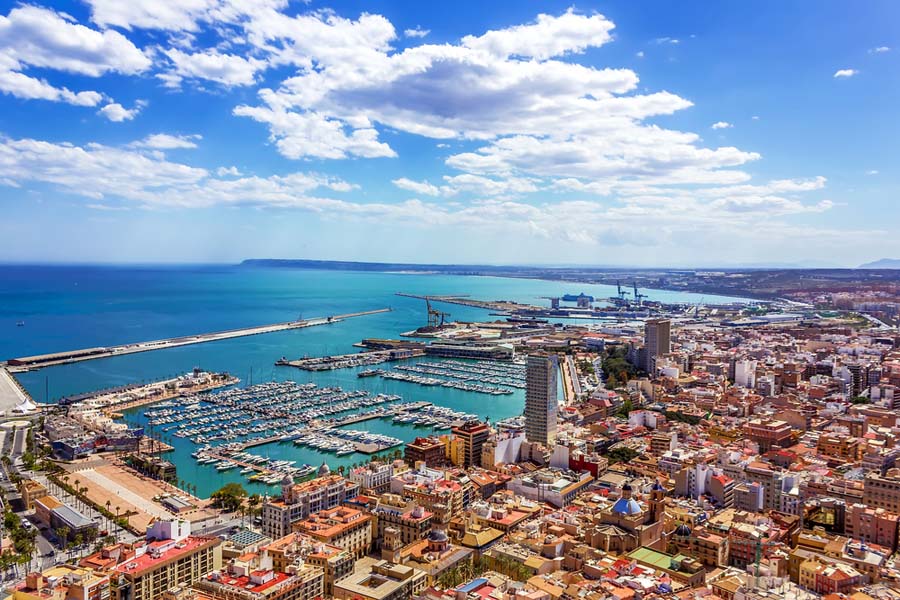 6. Walk around the Esplanade of Spain

The Esplanade of Spain goes through the city’s coastal line. It is nothing but a promenade and has over 6.600.00 tesserae of three colors: white, blue and Alicante red, which is a type of marble that can only obtained from this very area. There are also a whole lot of palm trees that go along the promenade and it is surrounded by terraces where you can quench your thirst. 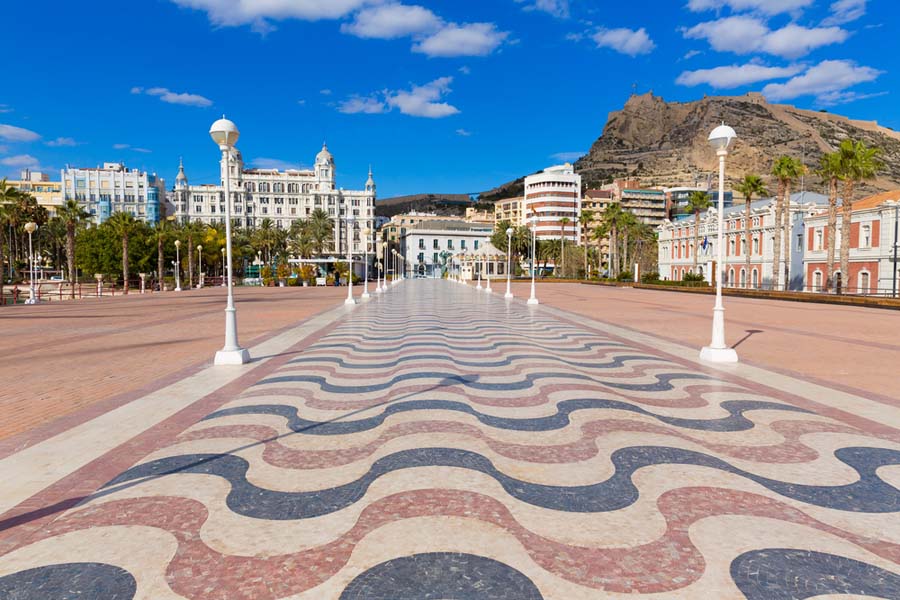 The Casa Carbonell, locates in the Esplanade Walk 2, was requested by an entrepreneur from Alcoy named Enrique Carbonell and it was built in the year 1925 as his residence in the city of Alicante. 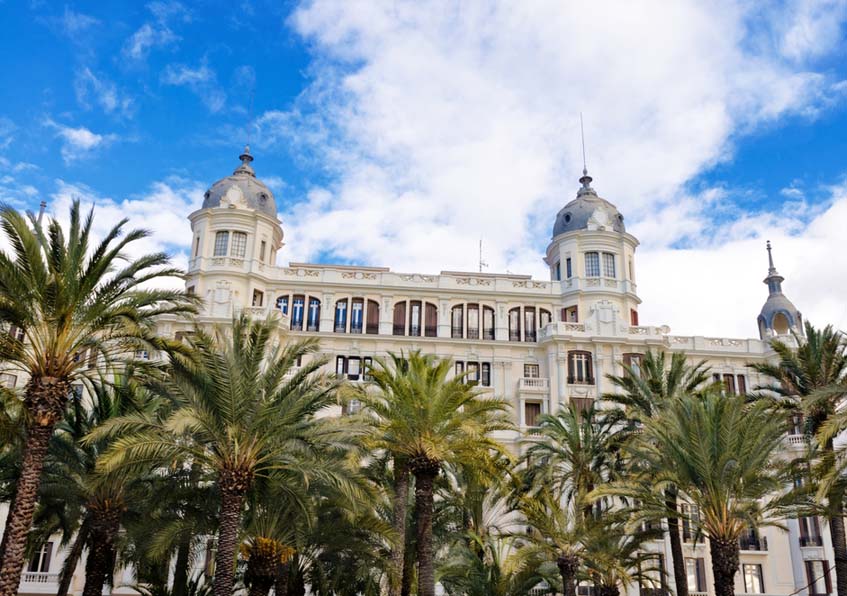 This building has been recently restored; the ancient building of Correos and Telegrafos has regained the arches of its facade, columns and the mosaic with ornamental elements that were covered after a restoration in the 50’s.

The old Correos building was built over the ancient Casa de la Sal (from 1591), which was built to store salt extracted from the salt mines of La Mata, The access stairway is still preserved from those days,

This is a building of amazing beauty and there is no better way to enjoy the visit than having refreshment at one of the terraces from the Plaza Gabriel Miro, which is exactly where it is located at.

With Modernist elements, the Central Market building was built over a 18th century wall that surrounded the city. The market has two stories, it has a basilica floor plan or scheme, with a circular part on the southwest and covered by a semi-spherical dome named “la rotonda” (the roundabout). 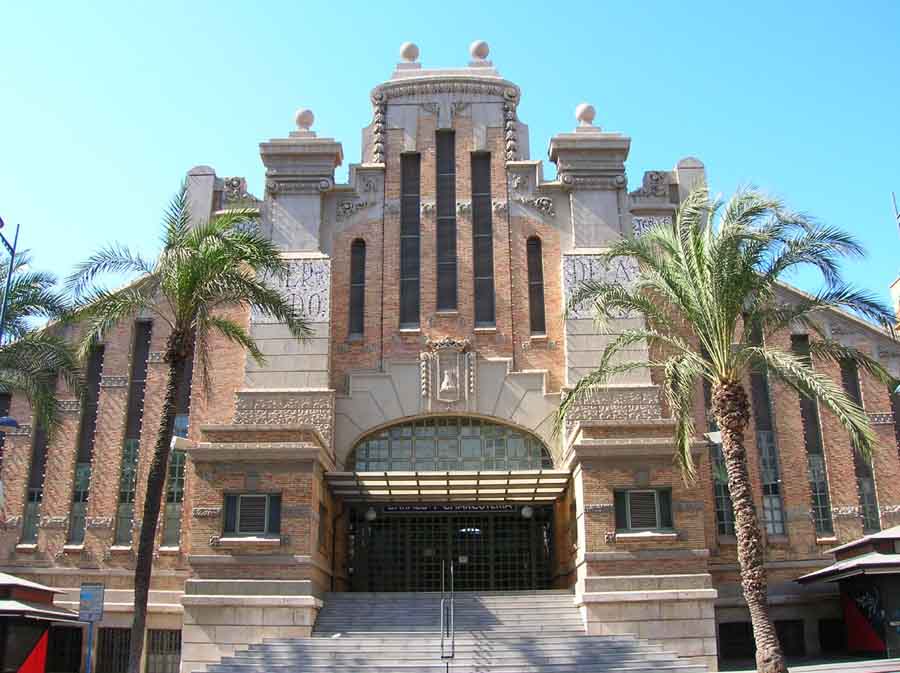 Alicante is known for having the best rice dishes of Spain. You can taste: Rice caldero, rice a la banda, rice with vegetable and artichoke, with lobster, black rice with cuttlefish, rice with anchovies, senyoret rice, crust rice, rice with duck….you name it! We warn you that none of them will leave you cold. 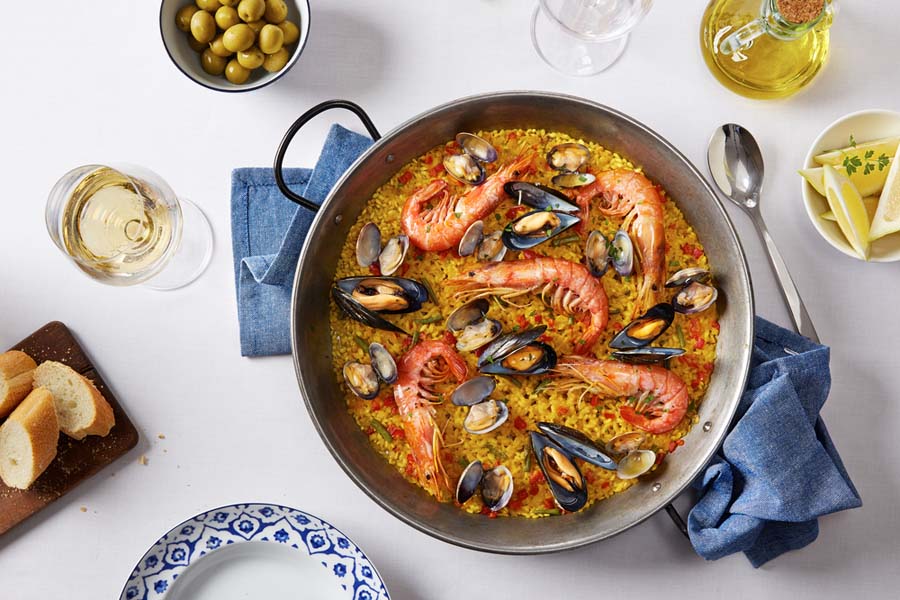 11. Walk around the Canalejas Park with its centennial rubber plants

On a hot day, the Canalejas Parks becomes a fundamental walk; even though it is always pleasant to walk around among 100-year old rubber plants.

12.Enjoy a day in the still-inhabited Island of Tabarca

Tabarca is the only inhabited island of the Valencian Community. It is located just in front of the city of Alicante–11 nautical miles to be exact. There are few ferries that depart from Santa Pole, Alicante, and Benidorm during the day, so you can visit it any day you want. Apart from Tabarca, there are also small islands such as the one of La Cantera, La Galera and La Nao. 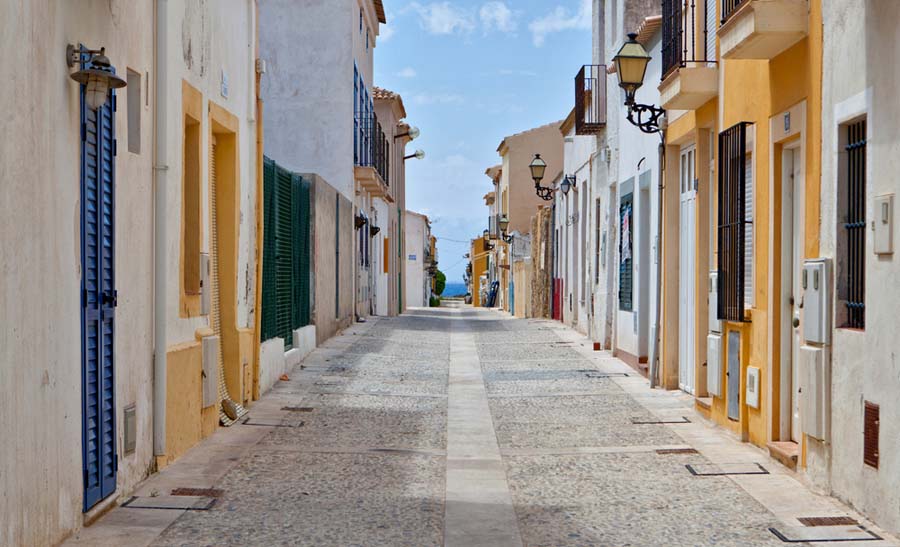 This island was a refuge for Berber pirates, and in the 18th century, Charles III decided to fortify it and raise a town in order to allocate some sailor families from Genoa that was captive in the Tunisian city of Tabarka. The walls have been declared Artistic Historic Complex and of Cultural Interest.

Once on the island, the small bays and beaches of crystal-clear waters are waiting for us. Last but not least, there is also a very picturesque port where you have the opportunity to try traditional rice dish–the typical dish of the island.