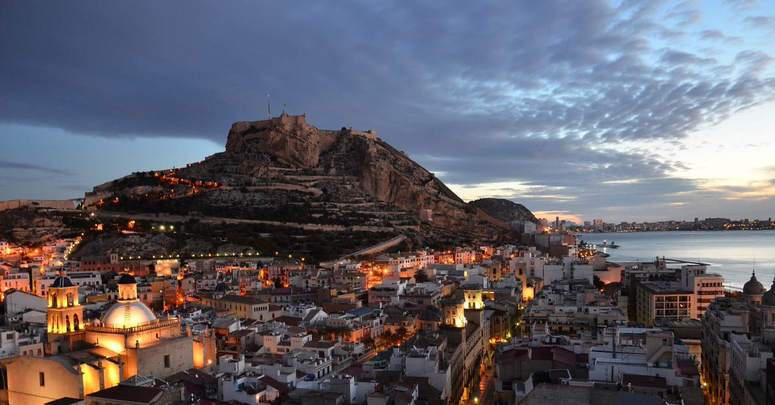 Night of Saint John and the Bonfires of Alicante

There are those who say that the night of Saint John is a magical night of the year. A night, wherever it is in our country, which is characterised by its celebrations around the fire, its warmth and its passionate and festive atmosphere.
And there are many Saint John night rituals throughout Spain. Each and every one with a unique character. Yet among them all there is one that stands out especially: the Bonfires of Saint John of Alicante.

At Record go we know it very well, and that's why we’ve never missed out on visiting the city of Alicante on its night of Saint John and soaking up its atmosphere. Pick up your car hire at Alicante Airport and enjoy these special parties.
But, for all those reading this who aren’t familiar with the holiday, don’t worry. We’ll tell you all about it right here!

When is the night of Saint John: Date of Night of San Juan 2022

The tradition of the night of Saint John

The tradition of the night of Saint John is lost in time, and is that our ancestors thought that the Sun was in love with the Earth and therefore refused to abandon her. They realised that with the beginning of summer and until the beginning of winter (in the northern hemisphere) the days were getting shorter. This is why bonfires were lit with the summer solstice in order to convey more strength to the Sun for that time when it would begin to look weaker. Thus the celebration of the night of Saint John took place on the last night of spring, around June 24th (supposedly the shortest night of the year). Added to this was the meaning of purification linked to fire, which made it possible to drive away evil spirits and release charms of love and happiness.
But it wasn’t until the arrival of Christianity that the symbolism of the pagan festival of the Bonfires of Saint John changed to what we know today. According to the Bible, Zechariah ordered a bonfire to be lit to announce to his relatives the birth of his son, John the Baptist, which coincided with the night of the summer solstice. As a result, all Christians lit bonfires on the night of Saint John and celebrated various rites around them.

But anyway, enough with all the history! Let’s move on to the interesting thing about the night of Saint John: its festivities.

The festival of the night of Saint John in Alicante

Whether due to its Christian or pagan tradition, today the rituals of the night of Saint John extend throughout the country, and we can find them expressed in a thousand different ways. Naturally, in all its celebrations the leading element are bonfires and fire, of course, accompanied by great street parties!
From the highest mountain villages to towns right on the coast, on June 24th (or there abouts), you can see the splendours of thousands of fires burning in unison. But among them, as we said, the night of Saint John celebration in Alicante stands out. And what’s special about it?

The night of Saint John celebration in Alicante has various features that make it special. The festival became official in Alicante in 1928, and the concept of the bonfires underwent a transformation. It went from burning debris in the countryside to creating ephemeral works of art made of papier-mâché and with satirical character to be burnt on the night of the 24th (about two hundred monuments make up the bonfires in Alicante).
Another particular feature is the fact that the festival of Saint John in Alicante is not only the night of the 24th, but rather a holiday that is celebrated from the 20th to the 29th. Thus, Alicante turns the night of Saint John into a festival lasting several days, where the festivities include particularly proclamations, horseback riding, mascletàs, flower offerings, live music, processions and parades, and much more, culminating with the famous Cremà and its later Banyà.

At Record go we want you to celebrate the summer solstice in Alicante with its night of Saint John, which is why we’re offering you multiple rental rates for your vehicle so that it’s easier for you to enjoy every event in the Alicante bonfire programme, without holding back. Don’t miss out this unforgettable event! Check out our rates!