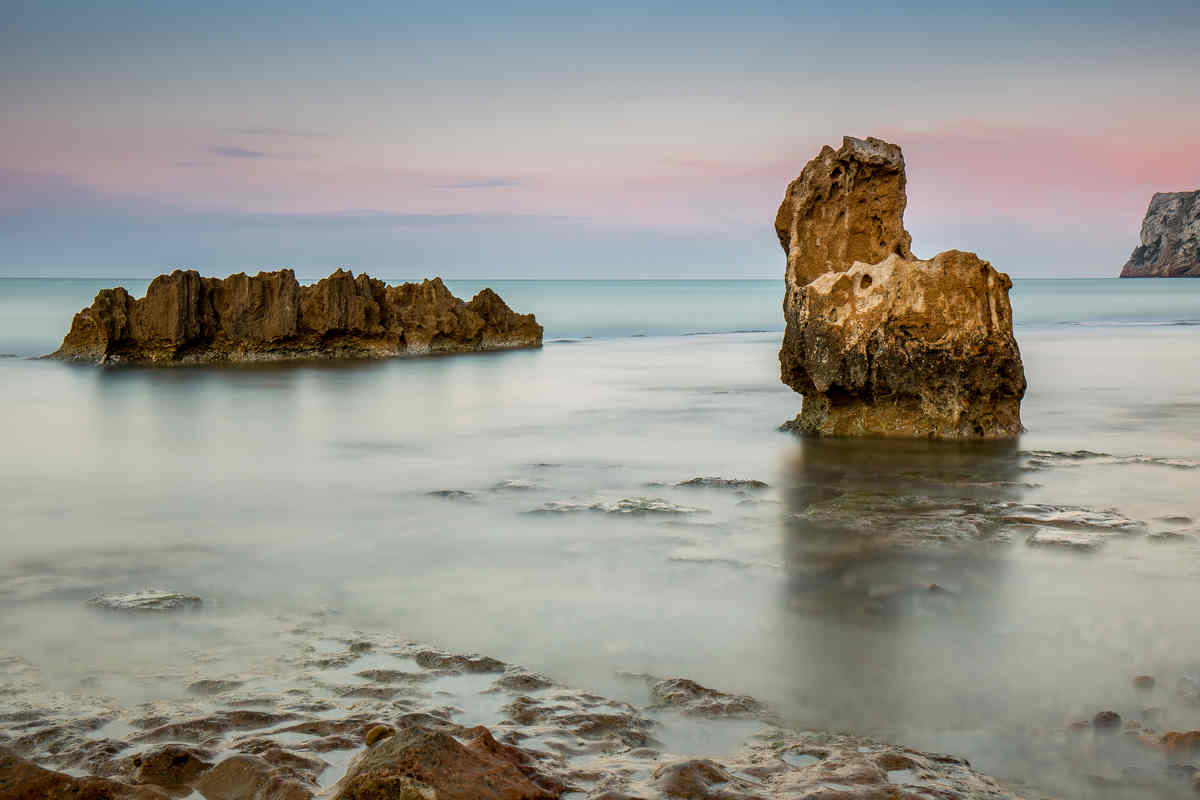 What to see in Dénia: a road trip by hire car

If you don’t know what to see in Dénia, we’ll give you a few tips so you can plan your trip and not miss anything.  Dénia is an obligatory stop if you’re planning a road trip across Alicante in a hire car.

This municipality in Alicante at the foot of the Mongó Natural Park and in the north of the Costa Blanca has a natural richness you’ll be amazed by. It’s one of the favourite destinations of Spanish people and international tourists, and not just for its spectacular location, but also for its gastronomic and cultural wealth.

In addition, it has one of the best climates in Spain which is why it’s the ideal destination to visit at any time of year, although it receives most visitors in the summer.

The beaches of Dénia

On your visit to Dénia, you can’t miss out on a walk along its beaches and promenades.

The beaches of Punta del Raset, Les Marines and Les Deveses are some of the main beaches, and they boast the blue flag. You can spend a lovely day there sunbathing or swimming in its blue waters.

Other star beaches of the municipality are those of Les Bovetes and Els Molins, frequented by people who enjoy playing sport on the sand, since it has goalposts and volleyball pitches.

What to see in Dénia if you’re looking for culture

The castle in Dénia is without a doubt the main attraction of the city. The fortress was a defence against piracy on the Mediterranean coast. The climb to Dénia castle is an accessible activity and recommended if you visit Dénia with children. You can go inside the castle by buying a ticket for about €3 per adult.  The archaeological museum is in the upper part of the castle where objects from the Iberian, Roman, Muslim and Christian ages are exhibited. The visit to the museum is included in the entry fee to the castle.

Following the advice about what to see in Dénia with children, it is recommended to visit the Museum of toys. This museum is found in the same building which in the past housed the old train station on the Dénia-Carcaixent line, and collects the tradition of the first toy industry in Dénia and the evolution of this industry to date. In the museum, kids and fans of nostalgia will be able to enjoy everything from pedal cars and planes to dolls houses which aren’t missing a single detail.

If you’re looking to remember the maritime and fishing history of this municipality which nowadays welcomes cruise ships from the leading companies, you shouldn’t miss the Sea Museum and the Tower of Gerro. The Sea Museum in Dénia has more than 400 archaeological items related to the sea and can be found in the old fish market building. In addition, the Gerro lookout tower is a defensive circular building from the 16th century which is found at the end of Les Rotes road, on the boundary with the municipality of Xàbia.

One of the reasons why the number of tourists who come to Dénia is growing day by day is its world-renowned gastronomy. In fact, it’s recognised by UNESCO as a Creative City of Gastronomy. The best products from the sea and the Valencian vegetable garden are merged in order to make their traditional main dishes such as “Arròs a banda”, “el espencat” or “el suquet de peix”.

If you’re looking for somewhere to eat in Dénia you have a multitude of restaurants at your disposition, both for traditional food as well as creative cuisine, since it’s home to some of the great Spanish chefs.

Road trip by hire car through the surrounding area of Dénia

Remember that you have your car hire at Alicante Airport and with it you can easily get there to visit Montgó Natural Park which spans Dénia and Javea (Xàbia) municipalities. It’s a natural protected space from which it’s sometimes possible to see the island of Ibiza. For lovers of hiking there are varied paths which offer the possibility of exploring the park and climbing the summit.

Noche san juan alicante
Cheap car hire in Alicante - Record go rent a car
What to see in Benidorm
We use our own and third party cookies for analytical, advertising and profiling purposes; processing data necessary for the elaboration of profiles based on your browsing habits.
Accept all
More information and configuration*
*This option allows to refuse all.