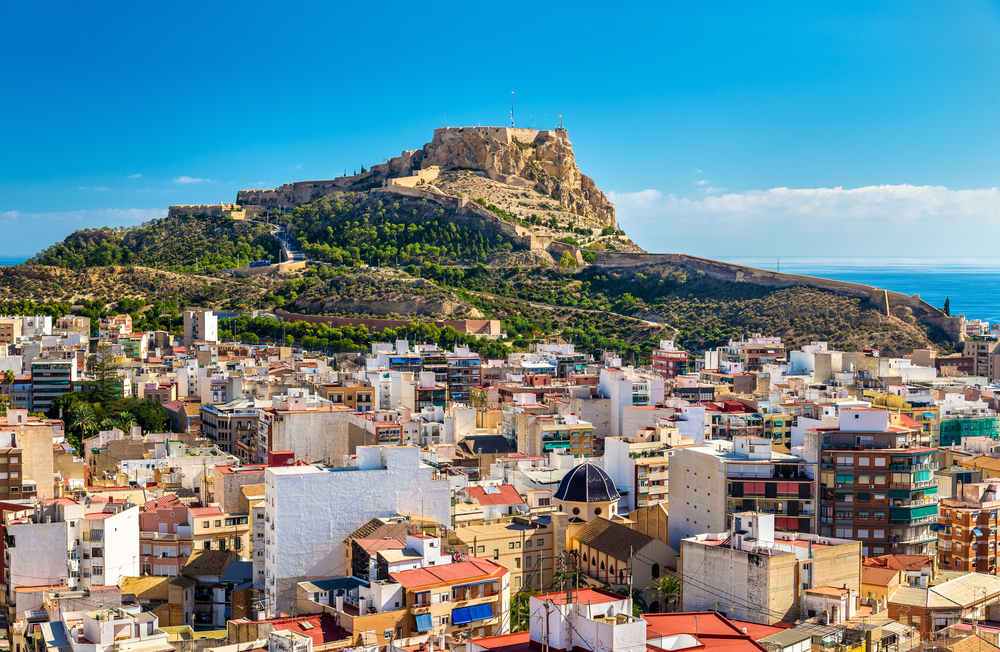 Why hire a car at Alicante airport?

Whether you want to move around Alicante city or prefer to discover the rest of the province, in Alicante airport itself Record go’s Alicante airport car rental offices are waiting for you with the perfect vehicle to ensure that your holidays go smoothly.

Alicante is a top tourist destination for lovers of the sun, the beach, cultural tourism and, above all, good food. With our car rental service in Alicante airport you can reach every corner of this beautiful province and enjoy its exceptional climate, its excellent beaches, its Mediterranean cuisine and its more than famous traditional festivals.

Choosing to hire a car at Alicante airport is to choose comfort, to be able to count from the beginning to the end of the trip on a vehicle you can trust to take you wherever you want, when you want, and travelling at your own pace and without hurrying.

Due to its great historical and cultural heritage, in the province of Alicante we can plan an infinite number of routes by car. So once you’ve enjoyed Alicante’s historic city centre, we suggest you take advantage of your cheap car rental at Alicante airport to explore the rest of the province.

One of the most popular route is that known as 'Ruta del Norte', which includes the main fishing villages in Alicante. By following this route, among several coastal destinations, you can visit Villajoyosa to get up close and personal with its famous Moros y Cristianos festivals or soak up the Mediterranean character and the unique atmosphere of the city of Benidorm.
Also, if you continue north without losing sight of the coast, you’ll discover the secret corners of Altea, El Peñón de Ifach in Calpe, a symbol of the Costa Blanca, or the majestic castle of Denia, from where you’ll get a magnificent view of both the emblematic city and its magnificent beaches and coves.

Another very famous route is the Vinalopó castles route. The valley of the Vinalopó river was formerly a natural border between the lands of the crowns of Aragon and Castile. Which is why the remains of what were great fortresses and castles from which those lands were defended are still standing today along its course.
Of special interest are the castle of Bañeres, of Atalaya and of Sax, although the list of castles and forts is much more extensive. Yet thanks to the flexibility that hiring a car gives you (in this case hiring a car in Alicante airport), you can plan the route according to your tastes and only include those castles that you most want to visit.
Hiring a 7-seater car in Alicante
Car Hire 9-seater Alicante
Car hire in Alicante with no excess

Car hire in the main airports of Spain

Valencia
From
0,90 € / day
We use our own cookies and those of third-parties to improve the browsing experience and to collect statistics. By continuing to browse, you consent to our privacy policy and use of cookies.
Accept