Gastronomic route through the Christmas sweets: the mantecado and the polvoron 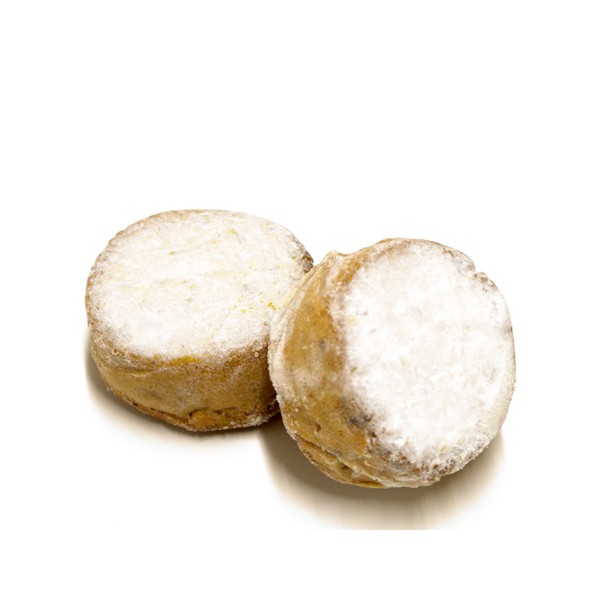 This week we continue to prepare our palates for the upcoming sweet moments that are around the corner, Christmas. So, we are headed to Andalucia in order to indulge ourselves in a good assortment of mantecado and polvorones (typical Christmas Spanish sweets).

First and foremost, we are going to try to resolve a question we have gotten every now and then: What is the difference between a mantecado and a polvoron?

The Polvoron is a specialty within the mantecados. Apart from corn flour, lard and sugar (the ingredients of the mantecado), the polvoron also has almonds, which gives it a different consistency.

A little bit of history:

The history of mantecados in Spain started in the 16th century and its origin due to an overproduction. At that time period, Andalucia had a excess of lard and corn, and…what else could be done with all of that? They came up with the mantecado.

Some people say these pastries were born in Antequera, some say in Estepa or Rute–the geographical spot is not clear at all. One thing is for sure, the recipe quickly spread throughout Spain and can now be found not only in Andalucia but also in Toledo, Tordesillas (Valladolid) or Pitillas (Navarra).
Estepa concentrates the vast majority of mantecado factories, since it was there where the marketing started in the 19th century. Today, this town is the mantecado paradise. A visit there leads us inevitably to the Museum of the Mantecado. During the Christmas seaspn, this museum holds also a very tempting chocolate Nativity Scene.