Road Trip through the Black Villages of Guadalajara 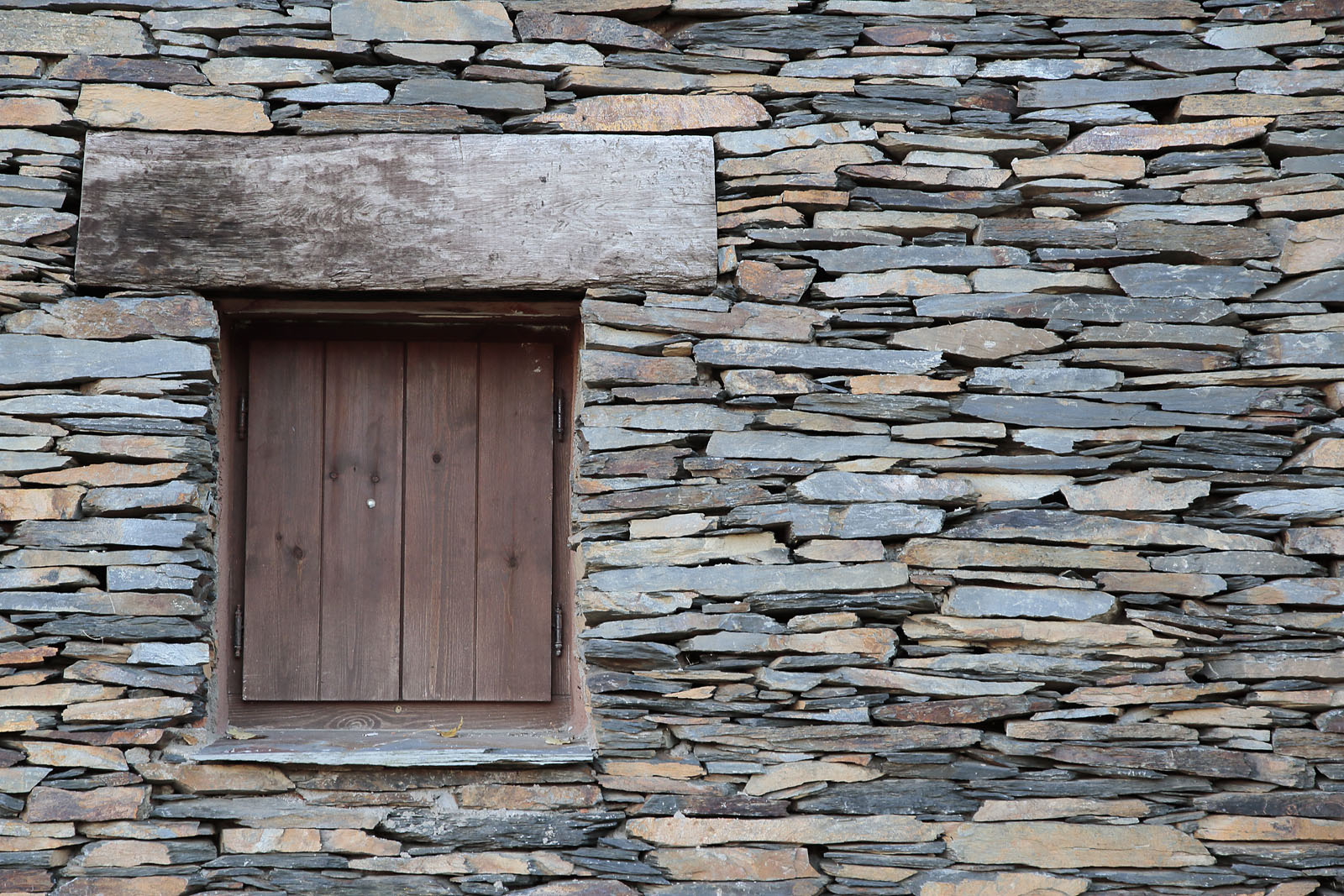 The so-called Black Villages take their name from their blackish appearance, in the most literal meaning of the word. These are villages where slate is rather abundant, that is why this rock has been traditionally used as a key element for their architecture, thus providing them this characteristic dark color.

Thanks to the utilization of the available resources in its environment that these villages carried out, we find today the possibility to enjoy a beautiful and picturesque landscape. Besides, this type of construction housing, with compact spaces and small windows lead us to believe that winters were far from pleasant. 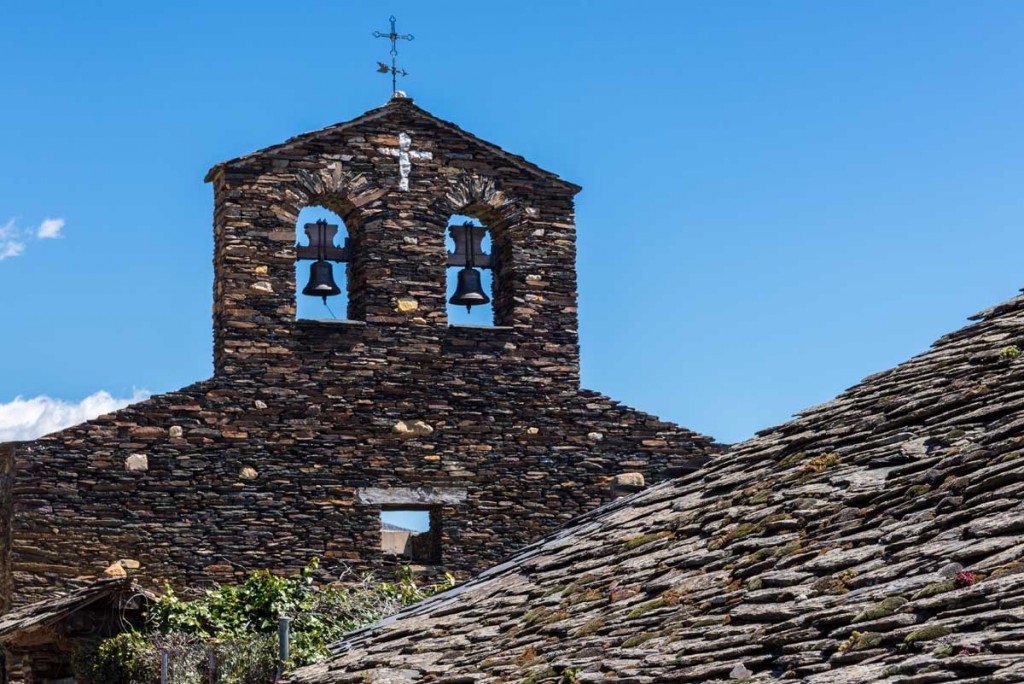 The black architecture is found all throughout the provinces of Madrid, Segovia and Guadalajara, thanks to the mountain chains of Ayllon and Alto Rey. Notwithstanding, this type of villages is way more abundant in Guadalajara, which is where we are focusing on in this post so that you get the most of your road trip full of amazing landscapes.

It really is tempting not leaving Madrid out of this post; simply because we could talk about Patones de Arriba, one of the most charming villages in Spain. Nonetheless, we will resign ourselves to having just this brief nod, as well as the below picture as an appetizer for our road trip through the Black Villages of Guadalajara. 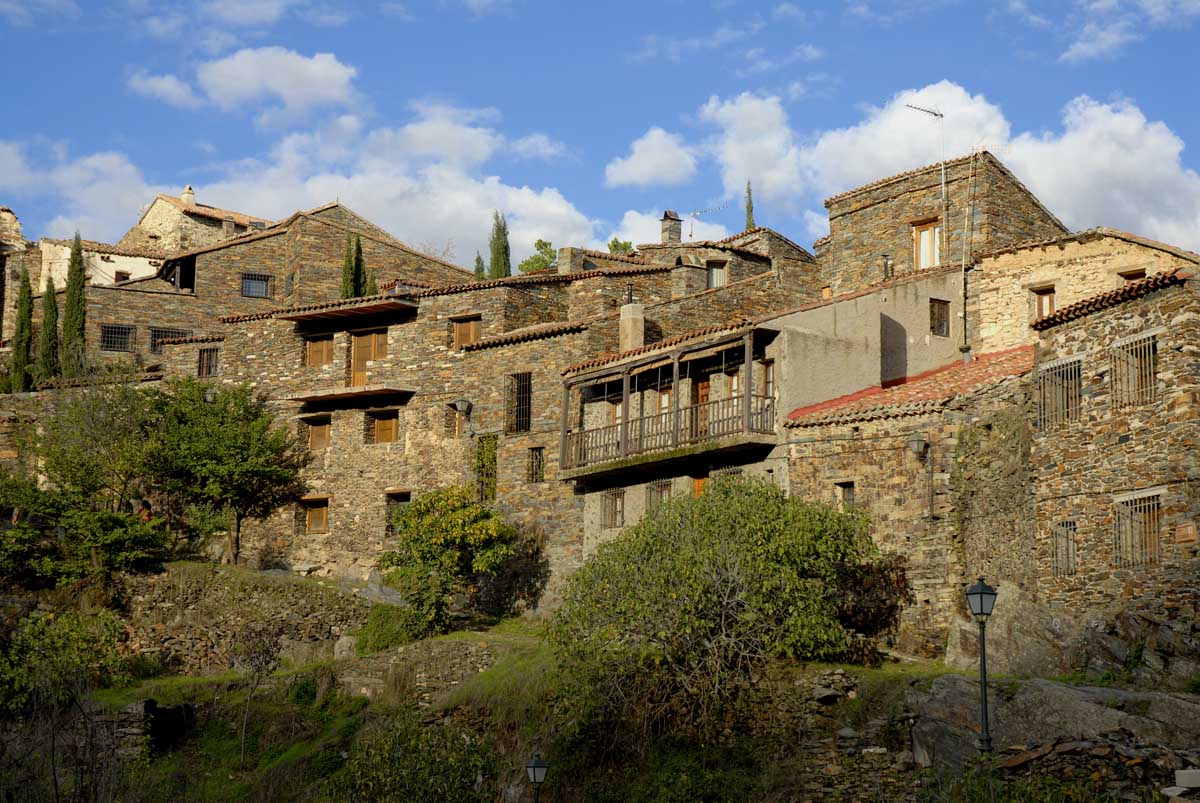 The Black Village route of Guadalajara comprises 5 villages in just 46 kilometers of distance between the first and the last village, although we are suggesting later on an alternative starting point—just in case this falls too short.

Out of all these villages, Campillo de Ranas is the most representative, being Campillejo, El Espinar and Robleluengo, vicinities of Campillo de Ranas. Just to give you an idea, all of these villages combined had a total population of less than 300 people in 2014. You do get the feeling that these places have been abandoned and neglected by the civilization, as if time had stopped in the past. On the other hand, this adds appeal to that dark color that generates a huge impact to the visitor in the first visit. Also, there is a sensation of homogeneity that would seem thoroughly planned if it was not stemming from a great utilization from the natural resources in the area. 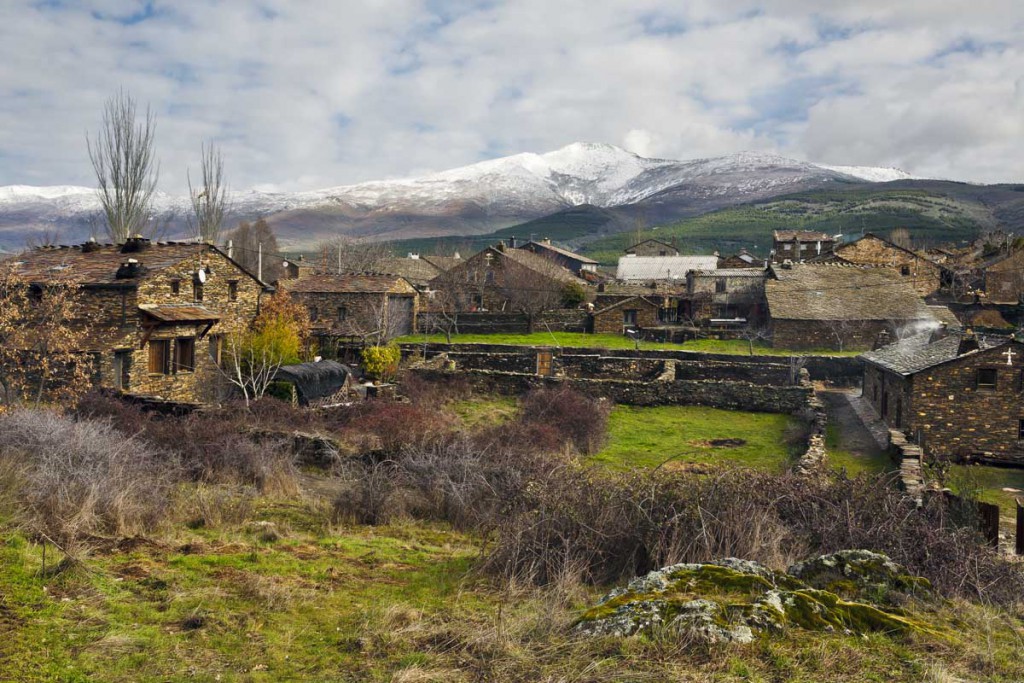 It stands out, from all of these villages, the view in the horizon of the Ocejon Peak, with its sinuous shape and its 2.049 meters—being the highest peak of the Sierra Ayllon—which is the great provider of slate for the surrounding villages. The mountain range, which was already populated in pre-Roman times, served for various centuries as a border between Muslims and Christians. The current towns were consolidated between the 16th and 19th centuries. 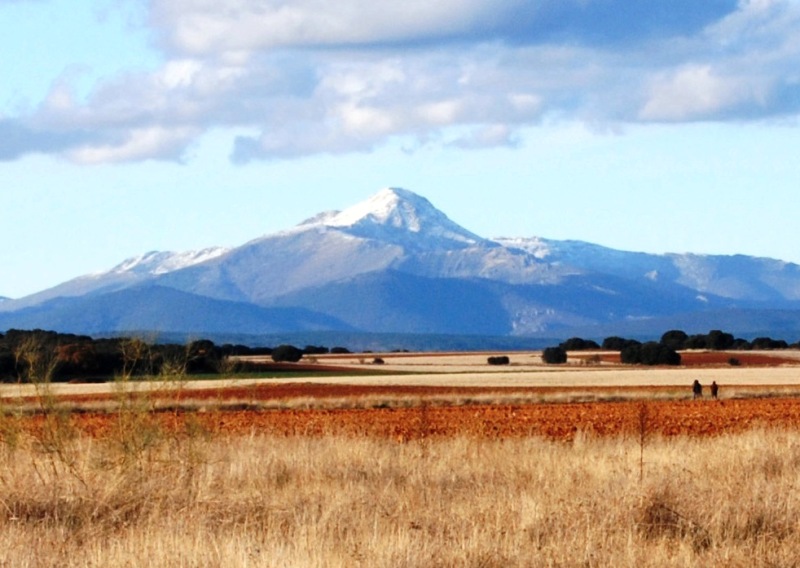 For those of you who are into mushrooms, you do not want to leave your basket behind because this is an area of mushrooms pickers, especially milk caps. Besides, as you may imagine, in this area there is a great offer of rural houses, traditional cuisine restaurants and companies of active tourism—you might be up for that here.

As conveyed earlier, if the route becomes a little short, we are also suggesting the village of Tamajon for various reasons. Firstly, the typical definition of “charming village” fits like a glove here. It also has various monuments worth taking them into consideration: two Catholic temples that date back from the 13th and 16th centuries (Iglesia de la Asunción and Ermita de la Virgen de los Enebrales) of Romanesque and Renaissance styles. 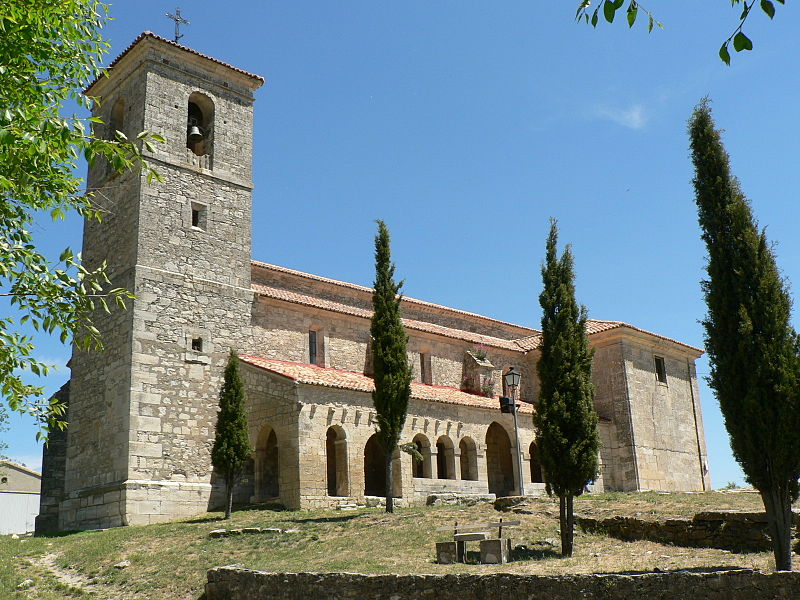 Secondly, it is also extremely appealing as far as the nature is concerned. In less than 1 kilometer from the village, next to the road GU-186 direction Majaelrayo, we discover the Ciudad Encantada of Tamajon (Haunted City of Tamajon) in a natural environment surrounded by Juniperus Sabina, Junipers and Holm oaks. In this area, the erosion caused by the water during millenniums in the rocky formation, has led to a singular and attractive natural formation complex such as caves, hollows, arches and sinkholes. 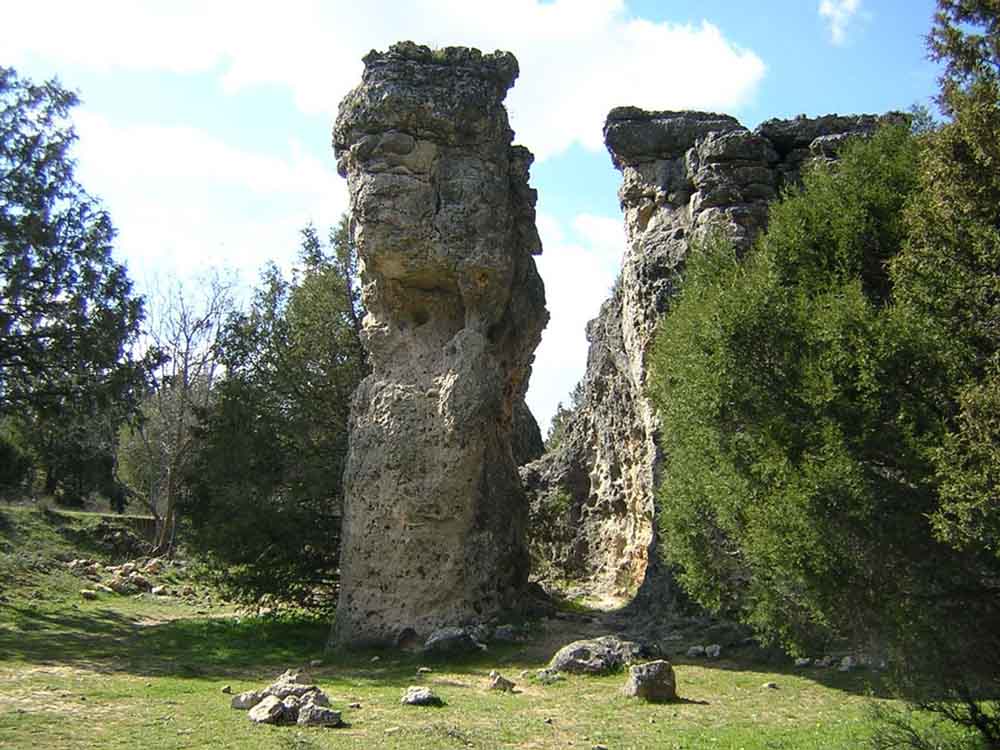 What do you guys think about this route we suggested today? There are no grounds for complaints with the planning we have come up with in a jiffy. If you happen to know other places or villages in this area that you would like to share, please go ahead and do it in the comment section.