The Snow Houses of Majorca 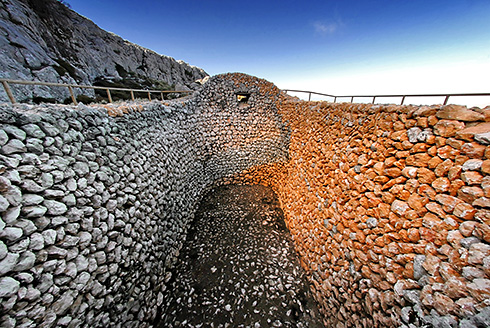 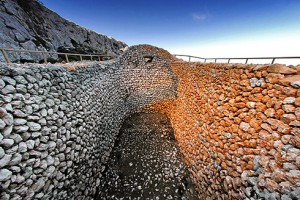 Majorca is a rich and authentic place, full of contrasts. This Mediterranean island is associated to the Sun tourism, beach and sea, yet this side of the island does not embody its entire identity. Majorca is mountain and is green, and is home to the Snow Houses. The incredible places keep leaving us flabbergasted, don’t they?

In today’s post, we would like to show you the most rural side of Majorca through the most ancient constructions: the ancient Snow Houses or Refrigerators. For centuries, the mountain setting of the Sierra de Tramontana has been a true natural ice factory of great economic activity.

How does this activity work?

After the last snowfalls, the “nevaters” or “neveros” climbed the mountains to pick and store the snow. The warehouses were the “Cases de Neu” (Snow Houses or Refrigerators), which were stoned wells there the snow was stored, crushed until it was pressed and converted to ice eventually. The ice remained there until the following summer and it was later cut in blocks and then transported during the night to the cities and ports for its commerce. Usually, the ice was sold to manufacture therapeutic remedies or for gastronomic purposes such as ice creams or soft-drinks.

Nowadays, more than 40 handmade refrigerators–some of them have been restored, are still preserved and can be visited. This is like going back to the past, a past made of stone. A unique past. Tour the entire island at your own pace with the car hire in Mallorca.