14 charming villages of Spain to get lost 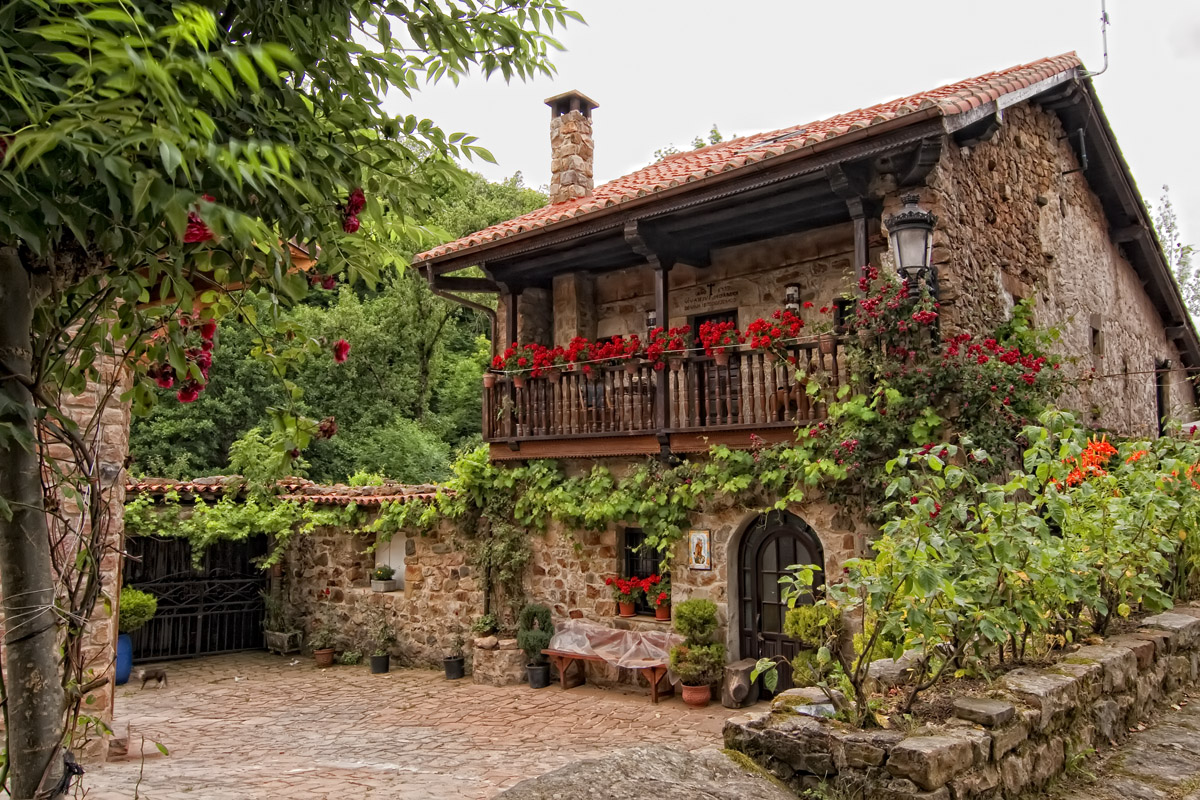 This is a small meadow of the Argoza River, within the Saja-Besaya Natural Park. This charming village has a population of 77 people. It was declared artistic-historic complex in 1979, thanks to its well preserved typical mountain houses.

Valverde de los Arroyos belongs to the Black Villages of Guadalajara, which we already told you about in a former post, not too long ago—although we did not tell you about this unique village. Besides the black architecture of the village (specific of the human resources development of the area–plentiful in slate–it also stands out for its central plaza—one of the best preserved of the region. It is worth mentioning too Las Chorreras de Despeñalagua, which are series of phased waterfalls, very close to the village itself.

This is a small town from the Zaragoza province, with a population of around 100 people. This sure is a charming village where you can enjoy tranquility, nature and the beauty of its streets, apart from an ancient 14th century castle, a Romanic church from the 13th century and a little chapel.

The Castell de Guadalest is a small village, located 65 kilometers away from Alicante by car. The village of Guadalest, already existing back in the Muslim period, is fairly popular by the picturesque castle from where both the Guadalest valley and its reservoir are overlooked.

It really is not fair to exclusively talk about to Pampaneira and not to the whole complex of charming villages formed by the Alpujarra of Granada. Special mention has to go for the trio formed by Capileira, Bubion and the very Pampaneira, which are spread out in the Poqueira Cliff. All of these villages certainly managed to preserve its original architecture (perfectly adapted to the terrain’s orography and the region’s climate), resulting in a complex of picturesque white villages in a beautiful natural environment.

In the region of Jacetenia, in the province of Huesca, we find this village that is located by the border of France. The village has its own language, the “ansotano”, which is a dialectal variety of the Aragonese. The unique architecture of the village offers a series of narrow hallways connecting the houses. These hallways are named “arteas”, which are 50 centimeters of width and that constitute one of the most remarkable features of this small original town.

Pedraza is a walled medieval enclosure, full of beautiful spots, palaces and emblazoned stately houses that were built in the 16th century. These houses can definitely boast about being extremely well-preserved. The village also has remains of the historic defensive structures of the villa such as the wall, the defensive barbican and the gate of the village.

This is one of the most representative samples of the black architecture from the Black Villages, which we talked about earlier in the description of Valverde de los Arroyos. This village was declared of Cultural Interest and it is surrounded by the gorgeous Jarama Valley, with an ancient chapel from the early 17th century. The chapel nowadays serves as a tourism office and an eco-museum of the slate, aiming to describe the region’s architecture.

Deia is located in the Tramuntana Mountain Range, by the Mediterranean Sea and atop a grove of olive trees, holm oaks and pines. This is a charming place for sure– with stoned houses and typical Majorcan blinds—where the visitor can enjoy the tranquility and relax found there, as well as the very beauty of the environment. Deia is located 50 kilometers away from Palma de Mallorca by car; hence you may want to also pay a visit to the amazing villages of Valldemossa and Soller.

The National Geographic magazine picked this village as one of the top ten places with the best views. The truth of the matter is that it is nothing but an awesome experience to visit this Catalonian charming village, which is settled on the edge of a cliff of over one kilometer of length and formed by volcanic eruptions.

Albarracin is a medieval village, as well as the entrance gate to the Albarracin Mountain Range. We found this charming village, amongst cliffs and valleys. The place was inaccessible for centuries and it is a walled complex with an old city formed by stoned streets, with a reddish tone and a beautiful viewpoint nearby its cathedral.

Located in the north of the province of Castellon we find Morella, with beautiful streets and a few interesting places worth visiting, namely its castle—inhabited since the 3rd century B.C., the Santa Maria la Mayor church and its two-kilometer medieval walls that surround the city, with 10 towers and 7 access gates. Morella also has an excellent gastronomy; it stands out the truffle season that takes place from January through March—benchmark of the gastronomic tourism.

Frigiliana deserves to be in the list of the most charming villages thanks to its whitewashed walls and its narrow beautiful alleys. This place has been tagged as one of the white villages of Malaga, which is an artistic-historic complex since 2014. The old part of the village, in a great state of preservation, is the Moorish heritage stamped during the history of this place.

We are about to wrap up this list of the charming villages with Medinaceli, which we talked about on the Eating on the road: the best road restaurants post. The place is located between the Jalon and the Arbujuelo Valleys—which was a border of division for Christians and Muslims. We would like to point out one interesting fact: its alleys are so narrow that you can touch both walls in some parts of the village with your arms wide open. It also stands out the great heritage.