Seville, Euro 2021 host city: how to travel to the Andalusian city and enjoy the best of European football 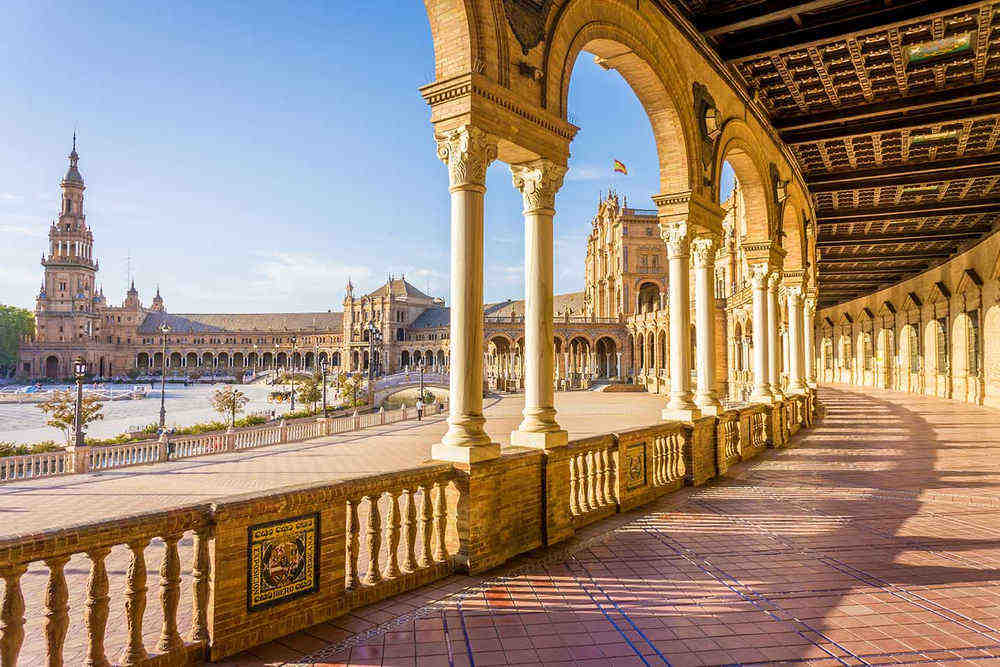 Have you planned a getaway to Seville this summer? Well, if your trip to the city was planned for the month of June, it will surely interest you to know that Seville has the privilege of hosting the matches played by the Spanish national team in the Initial Group Phase. A truly special moment to enjoy in the city of Seville. And, between matches, you can discover everything the city and its surroundings have to offer.

We at Record Go Rent a Car would like to offer you the perfect and very special trip plan, in which you can choose your own route, at your own pace and in total comfort, with a rental car. Whether you book your vehicle at the Airport of Seville or by taking advantage of the opening of our new Rent a Car office next to the Santa Justa Train Station. If, for example, you arrive in Seville by train, it’s certainly worth renting a car at the Seville Santa Station and exploring the city and its surroundings exactly the way you want to. However, to make sure you’re fully up-to-date with everything coming up in Seville, we’ll tell you everything you need to know…

A few weeks ago, UEFA confirmed that Seville would be one of the cities hosting the European Football Championship in 2021. To celebrate the 60th anniversary of this competition between national football teams, the UEFA Executive Committee has decided – for the first time ever – to host the final phase of the Euro 2021 in not just one country, but in 12 host cities across the continent.

Initially, the Spanish city selected was Bilbao, but as a result of COVID-19 health restrictions, the Basque city did not make it to the final list and Seville was selected instead.

These are the Euro 2021 host cities

Calendar of the Spanish national football team’s matches in Seville

These are the dates of the upcoming matches Spain will play in the Group Phase of the 2021 European Football Championship:

As you can see, these will be played over the course of two weeks, offering two weekends to enjoy your perfect getaway.

So if you were thinking of taking a trip to Seville, this is an ideal time to prepare this getaway. In addition, taking advantage of the car rental deals that we have at Record go rent a car, your trip can be at the cheapest price.

What to see in Seville during the Euros Routes, travel itineraries and unmissable locations

The Seville Cathedral and La Giralda, the Real Alcázar, the Plaza España, the Torre de Oro or the Lebrija Palace and the Museum of Flamenco, and much, much more. Seville is bursting with culture and history to see and enjoy. If you want to make a trip to this city, we recommend taking a look at these articles about unmissable locations to visit in Seville, as well as routes and itineraries to explore with your car hire in Seville Airport and which can be easily combined with the football and Spanish national team matches. Don’t miss out!